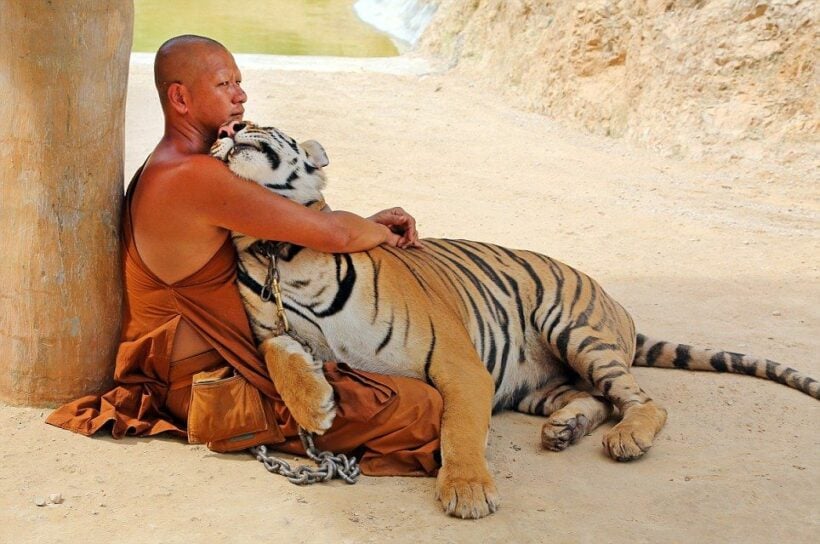 Authorities in Kanchanaburi have begun building facilities at the infamous Tiger Temple in Sai Yok district to care for about 1,200 stray dogs and cats from a foundation run by a former Bangkok governor. Kanchanaburi’s governor was among those participating in a ceremony to mark the start of construction on Saturday.

The temple, formally known as Wat Pa Luang Ta Mahabua, was once well known as a tourist attraction where guests could interact with more than 100 captive tigers, but a 2016 investigation exposed suspected links to illegal wildlife trafficking, and the Department of National Parks, Wildlife and Plant Conservation subsequently seized all the tigers.

A 25-rai plot in the temple compound has been set aside for the facilities, construction and operation of which will be sponsored by local administration organisations in Kanchanaburi.

The secretary to the House Committee on Tourism said 15 shelters will be built for 1,000 dogs and 200 cats from the foundation’s facilities in the Muang district of Kanchanaburi. The shelters will cost about 4 million baht and be built in six months.

Animal show facilities and a dog and cat hospital will be built later to attract tourists and offer better care for the animals, she added.

The Animal Welfare Foundation in Kanchanaburi started taking in abandoned animals from a shelter in the Thung Si Kan area in Bangkok more than two decades ago. The shelter was originally developed to prevent stray dogs from being killed for rabies control.

Of the tigers that once lived at the temple, 86 of the 147 animals seized have died since being moved to wildlife sanctuaries three years ago. National parks officials say most of the deaths were from viral and respiratory conditions that their weakened immune systems could not combat, the result of inbreeding at the temple.