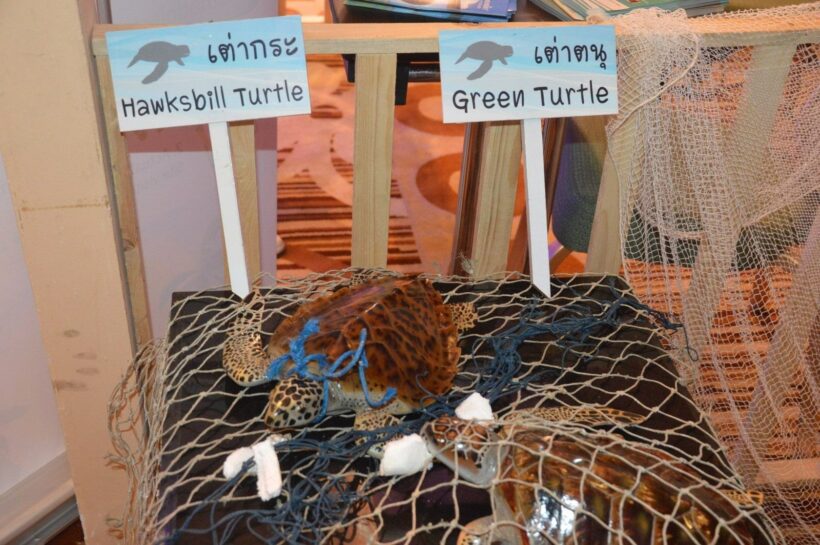 The Thai woman implicated in the deadly Erawan Shrine bomb attack is now in Thai police custody. Phang Nga resident, Wanna Suansan was arrested when she walked off a plane at Suvarnabhumi Airport yesterday.

She was taken to the National Police Office headquarters where she was interrogated. Wanna is among suspects wanted over the fatal explosion that rocked the Erawan Shrine in the heart of Bangkok on August 17, 2015, killing 20 and injuring 125.

Her Turkish husband, Emrah Davutoglu, is also facing charges related to the Bangkok attack. Wanna and her husband suspiciously left for Turkey just before the 2015 bombing. In Turkey, they were arrested, and the husband was accused of possessing war materials and bombs.

Last month, Wanna’s relatives urged Thai authorities to help bring her back to Thailand even if that meant she would have to face trial for her alleged role in the bomb attack. They say Wanna has been locked up during her time in Turkey and even had to give birth to her baby in prison. 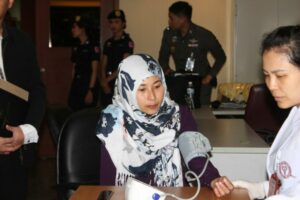 The Thai police force will transfer many of its current key duties to other agencies if the reform plan approved by the National Reform Committee on Judicial Affairs goes ahead. Things like traffic flow and enforcement of traffic laws would be handed over to provincial offices within the next three years if the reforms are given the green light.

The Royal Forest Department, the Department of National Parks, Plant and Wildlife Conservation, and the Marine and Coastal Resources Department, meanwhile, will take over the investigation of environmental crimes. The Office of the Consumer Protection Board, the Public Health Ministry and the Industry Ministry will have the power to investigate alleged violations of consumer rights and food and drug regulation. They’ll also be able to make related arrests.

The role to prevent tourism crimes would also change hands from the Tourist Police Division to the Sports and Tourism Ministry. A recommendation on the Immigration section of the Thai Police is still under review. 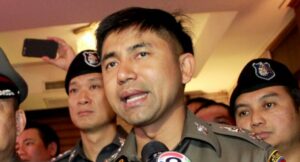 The Trump administration has formally declared Myanmar’s brutal crackdown on its Rohingya Muslim minority constitutes “ethnic cleansing.” US Secretary of State Rex Tillerson says using the term ethnic cleansing was made after careful and thorough analysis of the facts. The move opens the door to sanctions against the country’s military and puts further pressure on Aung San Suu Kyi, its embattled civilian leader. The Rohingya crisis will come under additional world scrutiny next week, when Pope Francis visits Myanmar and Bangladesh. 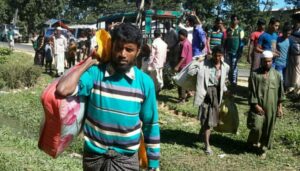 The Tourist Police acting deputy commissioner Pol Maj-General Surachet Hakpal is vowing to step up the crackdown on taxi drivers who take advantage of foreign tourists.

The Tourist Police have been instructed by the PM, General Prayut Chan-o-cha, to cooperate with the Land Transport Department on the issue. The PM says he wants to get rid of unruly taxi drivers because “their behaviour damages the kingdom’s image in the eyes of foreign tourists”.

“It’s an urgent agenda item to get rid of taxi drivers breaking the law and taking advantage of tourists,” Surachet said.

He says the authorities receive about 1,000 complaints from tourists about taxis every month. Most drivers were accused of refusing to use the taxi meter, and some tourists complained that they were charged 800 Baht for a 300-metre ride. “The prime minister has given an instruction that the issue related to taxis is an urgent agenda item that the government must solve,” Surachet said. 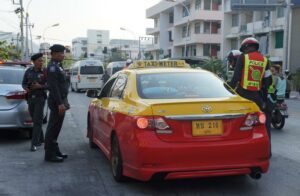 At the Reducing Marine Debris in ASEAN Region 2017 being held at JW Marriott Phuket Resort in Mai Khao the Minister of Natural Resources and Environment, Gen Surasak Kanjanarat, says that marine trash has become a world issue and the UN has put marine natural resources on the top of the list of 17 tiers of sustainable development.

He says one of the emerging problems is micro plastic which is being found in the marine food chain which is making its way to humans and affecting the world population’s health in the long term. He says he’s have ordered all national parks to be free of plastic bags and that since October his department has kicked off the pilot project of a cigarette ban in 15 provinces along our coasts covering 24 beaches.

Marine waste management remains a big issue for private organisations and governments. The UN has set a target for reducing sea garbage significantly by 2025. Thailand ranks sixth among countries with the highest volumes of litter in the sea, according to United States-based research published in 2015. 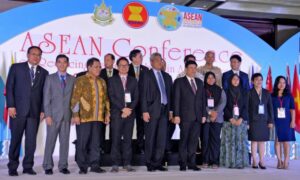 Police are extending the scope of their investigation into alleged match-fixing in Thailand’s top football league by examining the bank accounts of the 12 people suspected to be involved in the scandal to trace the money trail.

The information from the bank accounts will be compared with evidence that police have gathered in the investigation that started more than a year ago. The 12 people facing arrest warrants for bribery comprise five top players, two referees, four investors and representatives as well as one club executive. The arrests mark the first serious crackdown on alleged cheating in Thai football. According to a source, the 12 people have been questioned and four of them had apparently confessed to taking part in the manipulation of results while others maintain their innocence. 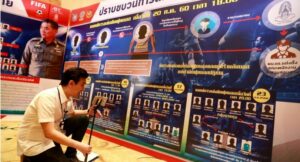