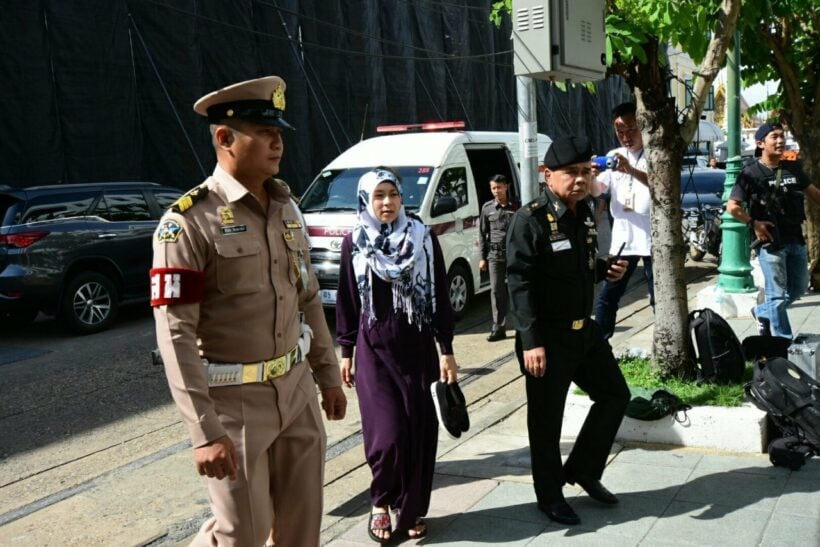 She is one of 17 suspects in the bomb attack that killed 20 people and wounded 163 others. Wanna, 29, was taken into police custody at Suvarnabhumi International Airport on Wednesday evening as she returned to Thailand with her two young sons.

Her arrest brings the number of suspects in custody in the case to three. The military court issued an arrest warrant for her on September 25, 2015, in relation to the bomb attack on August 17 that year. She is alleged to have rented rooms for suspected bombers Adem Karadag and Yusufu Mierali, who were friends of her Turkish husband, Emrah Davutoglu.

After the attack, she travelled to Turkey to stay with her husband, whose arrest is also being sought. Karadag and Mierali have since late 2015 been held in a special detention facility at 11th Army Circle headquarters in Bangkok pending court interviews with 100 prosecution witnesses.

Police roles could be moved to other Government departments

Thursday Morning Briefing – everything you need to know in 3 minutes