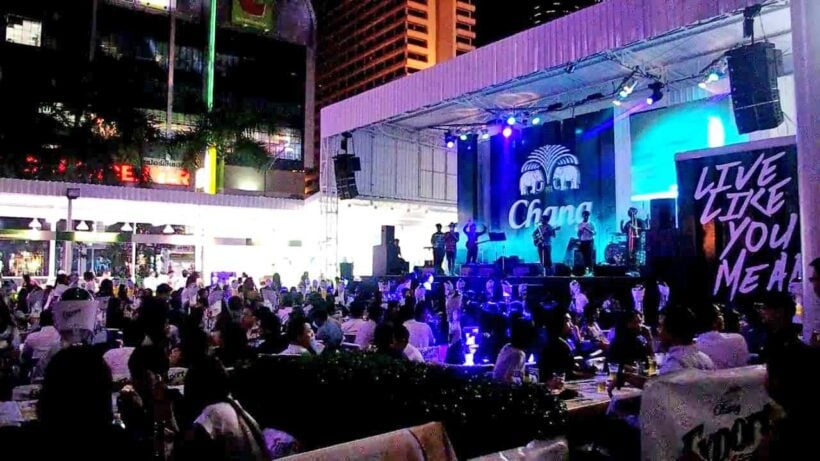 The Alcohol Control Board is suing open air beer gardens, specifically the one at Central World Plaza in Bangkok, for ‘violating advertising laws’.

But that’s not all.

The Board’s Director, Nipon Chinanonwait, says he’s now on a mission to target other such venues and events around the country. His reason? These locations and events “encourage people to drink” and that is against the law.

Speaking to Khaosod English, Nipon said, “Beer gardens themselves are against the law. We have to take action,” Nipon said in an interview.

“This is because the form of beer gardens is event marketing. Because, let me ask you, who would open beer gardens without a purpose?”

The popular beer gardens are set up each year by the big brewers Chang, Singha and Leo, feature live music and generally, make for a good time with the amber fluids flowing freely. Last week Nipon, together with the ‘fun’ police and storm troopers, went on an inspection of some of the newly set up locations as they cash in on the tourists flocking to the city’s shopping hot spots for Christmas.

Nipon is now suing the beer garden organisers citing Section 32 of the law that bans attempts to “encourage” or “entice” the consumption of alcohol.

But here comes the beer baddies waving their red flags.

The President of the Thai Alcohol Beverage Business Association, Thanakorn Kuptajit, says beer gardens and similar venues shouldn’t fall under Section 32 because they merely sell drinks, not advertise them.

“Do these beer gardens have a license to sell alcohol? As far as I know, they do. Since they have licenses, their actions are lawful,” says Thanakorn.

As far as the Alcohol Control Board is concerned they’re not going to stop at a few beer gardens in BKK and intend to spread their crusade across the country. “Police say we can alert any local authorities if we see an infraction.”

According to Khaosod English, back in 2015, beer gardens were the targets of prosecution under Nipon’s predecessor who threatened legal action against the same beer conglomerates. The Alcohol Control Board was forced to back off at the time after Prayuth Chan-ocha joined in the backlash, publicly chiding them for going after the multi-billion baht industry.

Will the Junta step in again (with an election less than 12 months away and currently on a PR blitz to ensure a positive legacy lingers)?

In the meantime, trouble brews for Thailand’s beer giants. 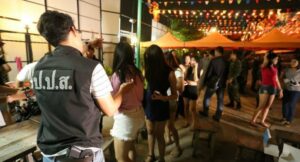