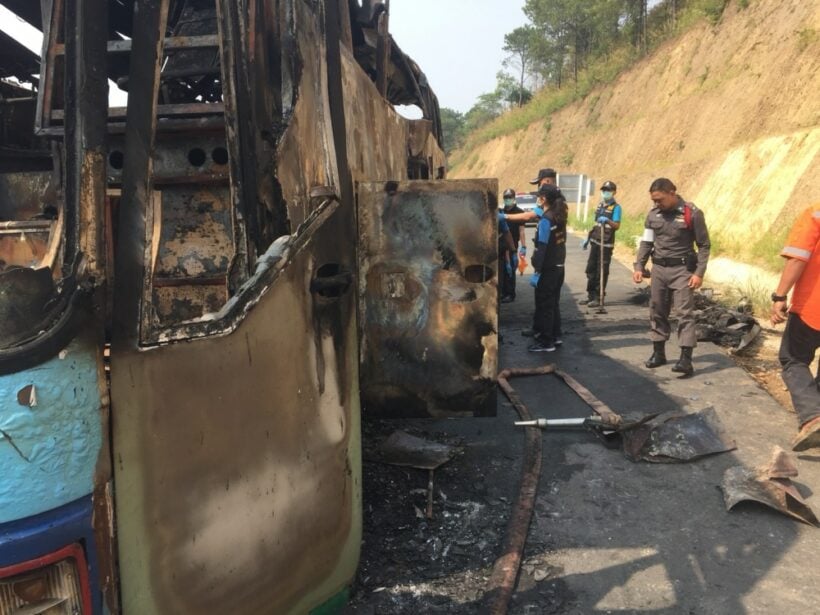 A news story from Thai Residents is saying that the driver of a tour bus in Tak which was completely destroyed by fire and killed 20 Burmese workers and injured 3 others, claims a cigarette butt which got into the luggage compartment sparked the blaze. His claim has not been confirmed by forensic police at this stage.

47 passengers, all registered Burmese migrants, were traveling from Mae Sot to Bangkok.

The 48 year old driver says that he picked up the 47 workers, 45 women and 2 men, at Mae Sot on the Thai-Myanmar border on Thursday night around 11pm. He says he was driving in a convoy of 4 buses, with his fan-cooled bus being the one at the back of the group.

On a road that connects Tak city to Mae Sot, he parked the bus as he could smell smoke and asked the passengers if anyone was smoking. He say that no one could understand him. He says he was sitting back down in his seat when he realised that the luggage underneath had caught fire.

“He smashed the glass windows and opened the emergency door, with vehicles passing by also stopping to help out, but the blaze spread very quickly as the bus was heavily laden with luggage.”

The driver says that he has been driving for 30 years and never had a single problem in all his travels around Thailand. Nation Multimedia is reporting that the bus, carrying 50 people (including the charter bus staff) was only registered to carry 40.

When police and emergency responders arrived at the scene there was little they could do. The blaze was extinguished quickly but 20 passengers had perished whilst trying to get to one of the exit doors. The injured workers, who escaped, are still in a nearby hospital. 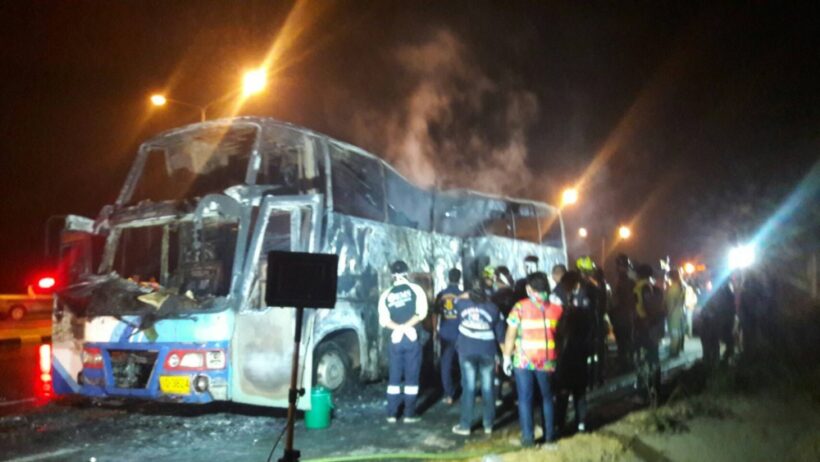