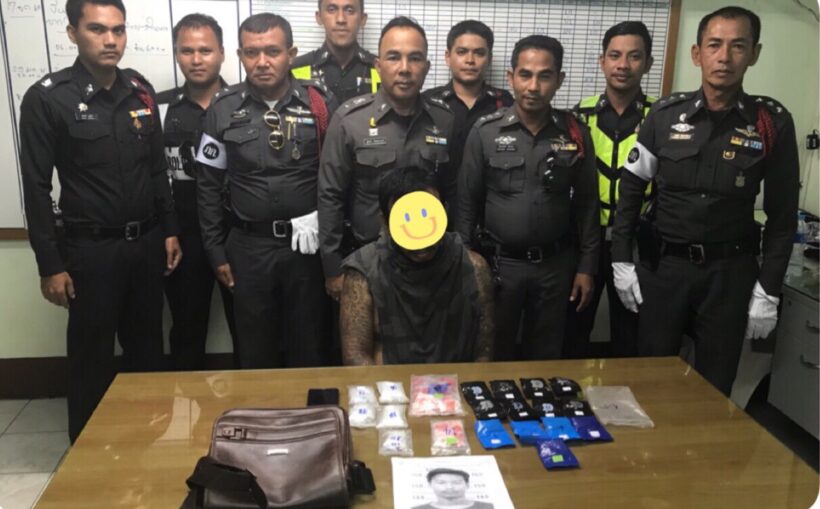 The arrest followed a routine police patrol on a motorbike in Soi Thanuthep who saw a suspicious man on a motorbike. He asked the man to stop to check him but the man fled on the motorbike. Police followed him to Soi Hoysang and saw the man run inside a house. A Police team encircled the house and managed to arrest the man with the drugs.