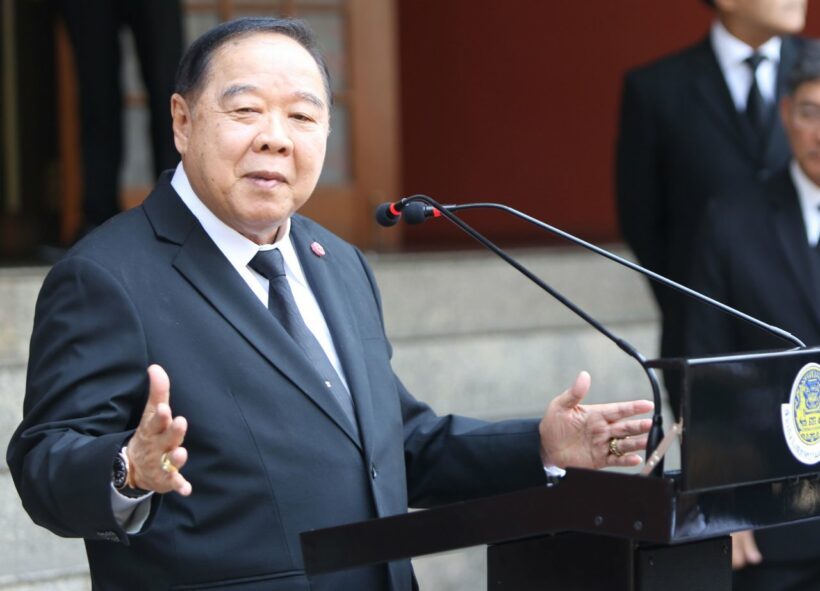 US President Donald Trump and North Korea premier and dear leader Kim Jong-un are going to have an historic summit. But they need somewhere to meet – somewhere neutral, somewhere safe, somewhere where there’s good food, somewhere both parties will agree to.

Trump/Kim Issue #1 – Where to hold the meeting.

Now Thailand’s Deputy PM Gen Prawit Wongsuwon has stepped up to the plate saying Thailand is ready to welcome US President Donald Trump and North Korean leader Kim Jong-un if they choose Thailand for the historic meeting.

Gen Prawit’s comment came as everyone starts speculating on possible sites for the meeting of the two leaders yesterday.

Bloomberg is reporting that President Trump has mentioned five locations that are under consideration for the historic meeting scheduled for early June, or before, with North Korea leader Kim Jong-un.

Bloomberg reports that a person familiar with the talks said possibilities included Geneva and several venues in Asia and Southeast Asia. Which includes Thailand, a country with long diplomatic ties and alliances with the US and hasn’t been crossed off Kim Jong-un’s Christmas card list in the hurly burly of recent international tensions.

“The U.S.embassy in Thailand is one of its largest. Bangkok is also one of the few countries in Asia to host a North Korean embassy,” according to Bloomberg’s analyst.

Gen Prawit said if Thailand is their choice, the Kingdom would be ready to welcome and provide them full security. He said Thailand will show to the world that the country is ready to support and promote peace in the world.

But, putting things in perspective, Gen Prawit said Thailand has not yet been approached by the two countries.