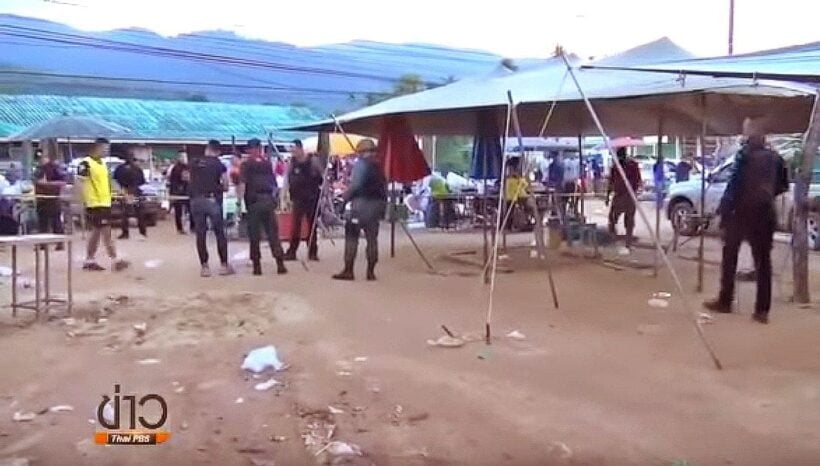 The southern insurgency, never out of the news for more than a week, has claimed two more lives in the southern provinces.

Two defence volunteers have been fatally shot at a shopping market place in the Kapor district of Pattani province yesterday. Police believe that southern militants were behind the brazen close-range attack.

The two victims, identified as Supote Phonpala and Asri Julae, were volunteers attached to the Tambon Talordue Raman protection unit in Kapor district.

Police say that two assailants, believed to be militants, were mingling with the other shoppers and following the two victimes. When they got close to Asri and Supote, they took out their 9mm handguns and fired at point-blank range at the heads of the two victims.

The two volunteers collapsed onto the floor of the market, the two assailants grabbed their service pistols and spend away. Other shoppers rushed the two victims to the district hospital where they were pronounced dead upon arrival.