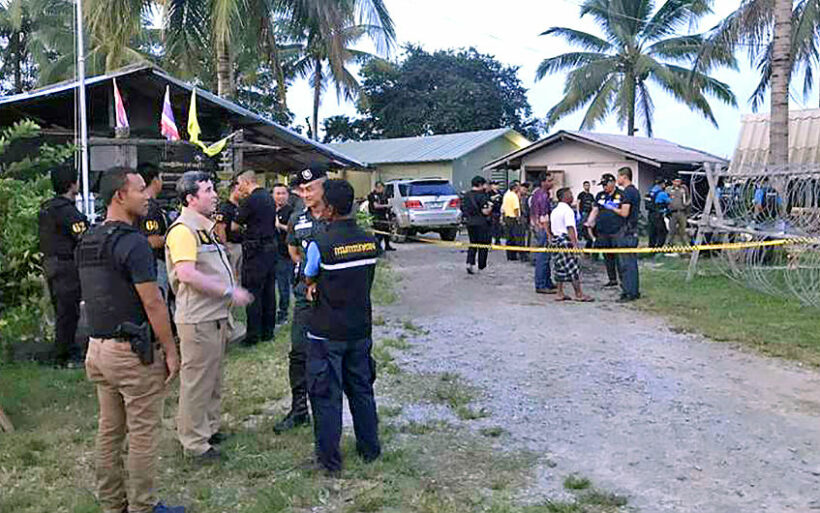 A paramilitary ranger remains in a critical condition in hospital after he was stabbed by a man who tried, unsuccessfully, to steal his service rifle. The man was quickly subdued by another ranger. The attacker reportedly died following the incident. The scuffle took place yesterday near Ban Suwo defence outpost in Narathiwat.

It was reported that the assailant, identified later as ‘Manso Harwae’, had been hiding near the outpost, alighted from a motorcycle and attacked the ranger, Somsak Decha, from behind with a folding knife.

Police claim the suspect was under the influence of drugs.

Somsak reportedly fell to the ground with a serious knife wound to the back of his head while the assailant tried to grab his rifle. Another ranger, who was standing nearby, intervened and whacked the assailant with his rifle butt.

The assailant fell unconscious and is reported to have died shortly afterward, while the injured ranger was rushed to the provincial hospital for emergency treatment, before being flown to the better equipped Songkhla Nakarind Hospital in Hat Yai.

A background check on the assailant indicates that he was the brother of a suspected insurgent wanted by authorities for alleged involvement in violent incidents in the Deep South.

All security officials are being alerted not to travel alone, as a precaution against surprise attack by insurgents, following Tuesday night’s attack on a defence volunteer outpost in Yala province, where 15 volunteers were killed and several other people were injured.