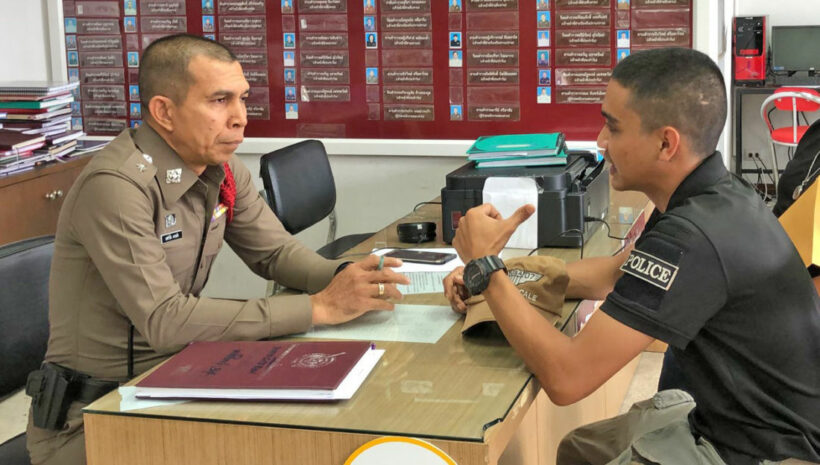 A police officer and a local leader’s son have been arrested in a drugs raid on a house in Songkla, southern Thailand.

The men were found in possession of 89 methamphetamine pills and 3.5 grams of crystal methamphetamine. A number of other items were also seized at the property, including drug paraphernalia and a pistol.

The arrested men are Pol Cpl Sanyalak Jandam, aged 24, who was based at a police station in Pattani, and 31 year old Piyapong Ruangchuay, son of a local leader.

They have been charged with possessing illegal drugs with intent to sell and breaching the law on firearms.

The Bangkok Post reports that in May, Pol Cpl Sanyalak accused police from Provincial Police Region 9 of kidnapping him and his friends in Hat Yai and demanding a ransom of 500,000 baht.

As a result of that accusation, three police officers were investigated and transferred. At the time, police gathered that Pol Cpl Sanyalak was involved with illegal drugs but had insufficient evidence to charge him.

Deputy chief of Songkhla police, Pol Col Seksan Churangsarit says Pol Cpl Sanyalak faces criminal prosecution and disciplinary action that would result in him being dismissed from the police force.

Pol Cpl Sanyalak denies all drugs charges, claiming he was merely paying Mr Piyapong a visit, having not seen him for a long time. He has admitted to unlawfully being in possession of a pistol.