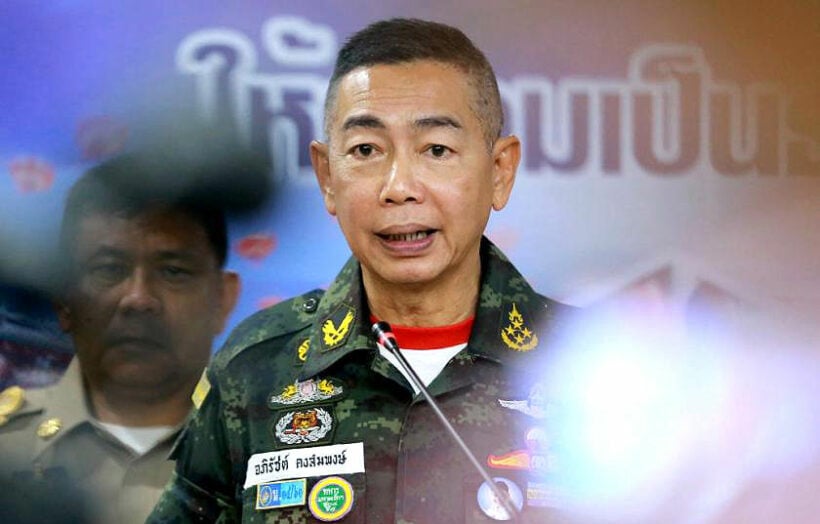 The Thai Army chief General Apirat Kongsompong will deliver a speech at a seminar tomorrow (Thursday) to explain the armed forces’ role in providing security under current circumstances.

This seminar is part of the Army’s PR effort to provide an official statement after it charged 12 people, including Opposition leaders and academics, of sedition. The sedition charges followed Opposition and academics holding a seminar on the solutions for southern border provinces and the campaign to amend the Constitution.

Representatives from seven political parties have filed a countersuit against the 4th Army Area commander.

Meanwhile, the special seminar, to be held at the Army headquarters, is tipped to also touch on the subject of senior judge Khanakorn Pianchana shooting himself in a Yala courtroom after reading a verdict last Friday. It has been reported he turned the gun on himself to protest against his supervisors interfering in his verdict on a criminal case. He is currently recovering in hospital.

Apirat had previously claimed his speech would focus on solving problems in the South, especially since he had once commanded a special task force in Yala province and had spent a year and a half living in the South.