Police and soldiers are searching forest areas around the border areas of Sadao district, south of Hat Yai in Songkhla, as they look for 18 illegal Royingha migrants. Originally 19 fled from the camp, about five kilometres from the border but one broke his leg during the escape and was soon found while hiding in a nearby village. 18 are still on the run. The escape was just before dawn this morning around 4am.

The group broke through the iron bars of their cell window on the third floor of the immigration detention centre. They then used knotted sheets to climb down to the ground.

Thailand refuses to recognise ethnic Rohingya as refugees when they enter Thailand. The Thai government routinely detains them and deports them back to Myanmar. But many are trafficked through the Kingdom to Malaysia.

Meanwhile, Bangkok Post report that two sniffer dogs are assisting police track the escapees who were last seen running into the jungle towards the Malaysian border. Sadao police chief Pongphan Saengsanga speculated that some were hiding in rubber plantations in the area, but admitted that others could have already crossed the border.

Police have asked villagers in the area to keep an eye out for the escapees and alert authorities if there were any sightings. The escapees were arrested last year during a clampdown on human trafficking rings smuggling Rohingya from Myanmar through Thailand to Malaysia. 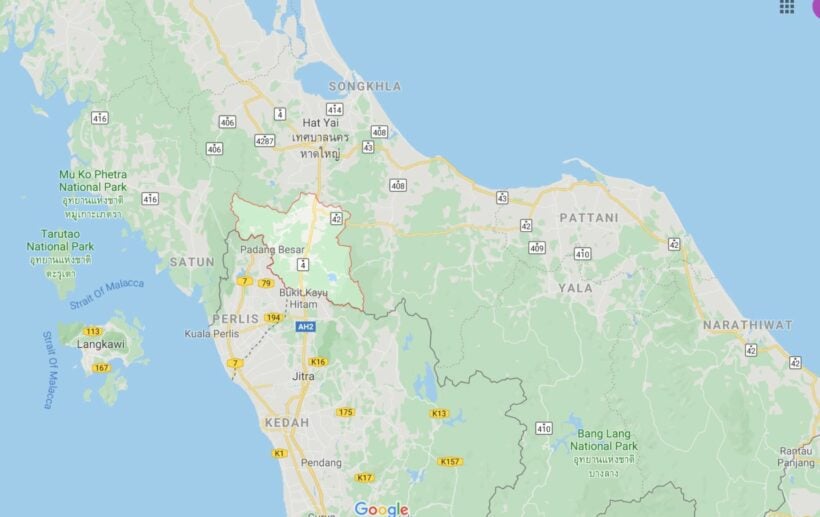 Songkhla jail escapee recaptured after a day on the loose