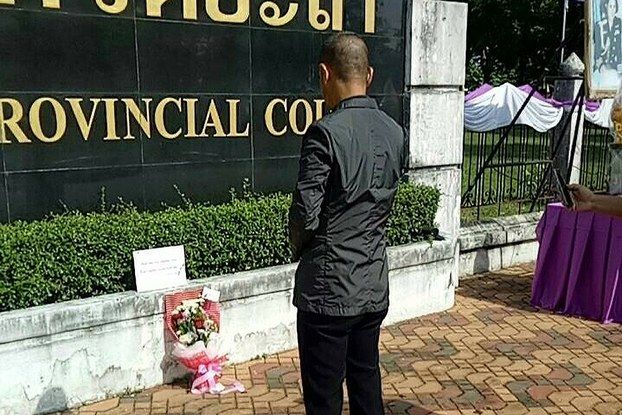 “The 3 member panel will now have 15 days to wrap up the initial probe and submit their conclusions to the Judicial Commission.”

In a story that has shaken Thais, who have broadly rallied behind the Yala Chief Judge, the government has been forced to act swiftly with an independent enquiry.

Yesterday, the Judicial Commission has announced a three-member panel to run a thorough fact-finding mission into the self-shooting of a chief judge at Yala’s provincial court last Friday. At the time Judge Khanakorn Pianchana made allegations of interference in his handling of a case as he read out the verdict to court.

The panel comprises Mrs. Wassana Hongcharoen, chief of the Supreme Court’s Juvenile and Family Cases Department, Mr. Anurak Sa-nga-areekul, chief judge of a panel on the Appeals Court, and Mr. Suvicha Sukkasemhathai, a chief judge in the Criminal Court.

The 3 member panel will now have 15 days to wrap up the initial probe and submit their conclusions to the Judicial Commission.

Yala provincial courts’ chief judge shot himself inside the court house after delivering a verdict on a group of defendants charged with the murder of five people in Yala province. Shortly after, a 25 page statement, allegedly written by Khanakorn and accusing the chief judge of Region 9 of “meddling in the murder case”, was posted by Future Forward secretary-general Piyabutr Saengkanokkul.

Piyabutr claims he received the document back in September.

The old practice of senior judges screening the verdicts was reintroduced when the new Constitution was enacted in 2007, according to the unnamed Supreme Court senior judge, adding that to revert back to the practice of forbidding senior judges to screen verdicts “must be supported with facts, not rhetoric, otherwise the judicial process will be negatively affected”. 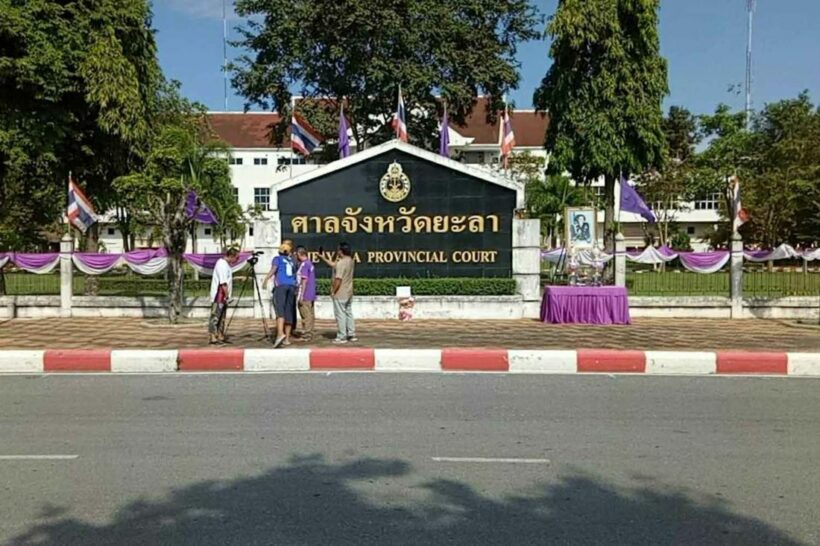 Keep in contact with The Thaiger by following our Facebook page.
Never miss out on future posts by following The Thaiger.
News Categories:SouthThailand
Related Topics:attempted suicidecourtFuture ForwardinvestigationKhanakorn Pianchanashootingsouthern ThailandThailandYala
Up Next

A 2 year old boy remains on life support after he was left alone in a sweltering hot school van outside a childcare centre in southern Thailand. Thanakit “Nong Kongbin’’ Yodmanee is being treated in an ICU at a Hospital in Nakhon Si Thammarat. He was rushed to the hospital earlier in the week after he was found unconscious in the van. The boy’s 26 year old mother, Suwaphat Chaiyatham, said yesterday that the van from Wat Srimaram Childcare Development Centre in tambon Kathun picked her son up at their home Tuesday morning. She said that normally, Thanakit sat in […] 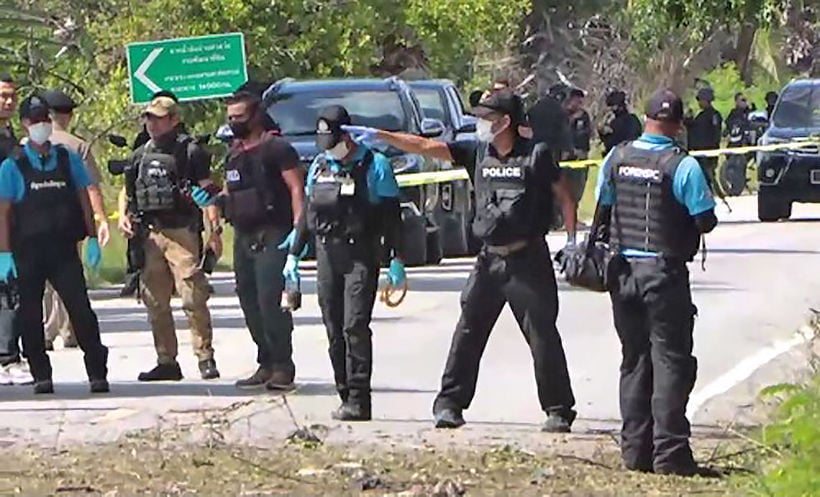 2 suspected insurgents allegedly involved in Thursday’s bombings in Pattani’s Nongjik district, which killed 2 security officers and injured 3 others, were killed in a shootout yesterday in the southern province’s Yaring district. 3 more soldiers were wounded. The clash erupted in Buenaejuerae village in tambon Kolam where a combined team of soldiers, police and local officials were patrolling, according to police. An unknown number of men opened fire on the officers, who returned fire. The exchange lasted about 30 minutes and 3 officers were injured. They were rushed to a hospital while the hunt continued for the armed men. […]

2 men are dead and 4 injured after security forces, protecting teachers in the southern border provinces of Pattani and Narathiwat, were attacked in 2 roadside bomb blasts this morning. The attacks come on the first day of the resumption of in-person classes in schools across the nation. The dead have been identified as paramilitary ranger Emlookman Hayilamae, and soldier Bungkarn Harnsarn. Police say southern insurgents detonated an explosive device on a road between Ban Tayalor and Ban Pakajinor, in Nong Chik district of Pattani, as a teacher protection patrol was passing. In a separate incident, in Ra-ngae district of […]