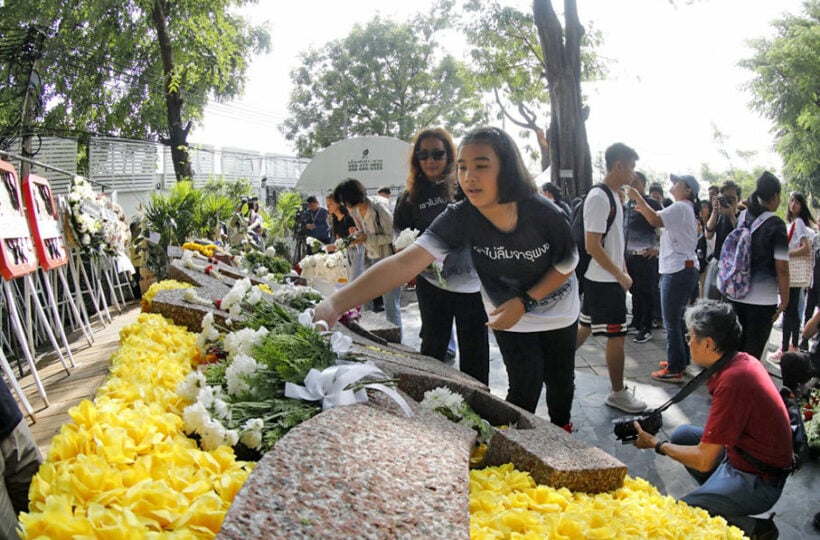 October 6, 1976, is a date that still haunts the government and people of Thailand. State forces massacred scores of student activists on this day, on the lawns of Thammasat University in Bangkok.

The campus had been occupied by leftist student demonstrators who opposed the return to Thailand of a former dictator. The military and arch royalists accused them of being “antimonarchical communists”, and the military, police and right-wing paramilitary forces had the university surrounded.

The Nation reports that the massacre followed a riot in which thousands of students and concerned citizens gathered at Thammasat University and nearby Tham Luang square to protest the return of former military dictator Field Marshall Thanom Kittikachorn to Thailand from Singapore.

Decades later, no one has been held accountable for the atrocity, and the country’s NCPO government (from 2014 – 2019) which assumed power in a coup in 2014, showed that it is still highly sensitive about discussion of the topic.

The number of casualties in the 1976 event remains disputed, with the official count at 46, along with 67 wounded and 3,000 arrested. Others claim more than 100 died at the hands of the military, police and paramilitary forces after exits were first blocked. Some protesters and others were hanged by ultranationalist counter-protestors.