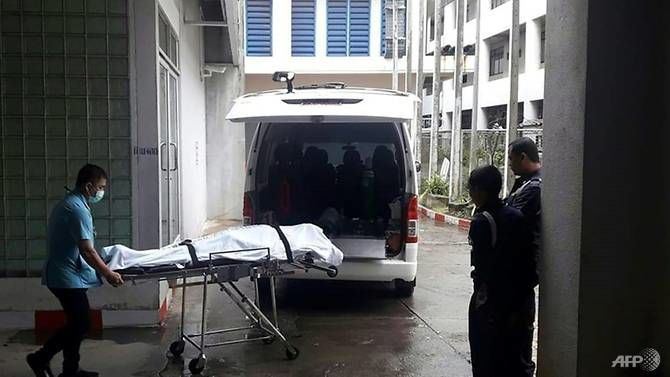 Abdulloh Esor Musor, left in a coma after being interrogated at a notorious southern Thai detention centre in Pattani, died yesterday, as pressure mounts on the Thai army to release further findings of a probe into the case.

The man, a suspected insurgent allegedly tortured during his brief military custody being questioned after his arrest on July 20, died yesterday morning (Sunday).

He was rushed, unconscious, to Pattani provincial hospital the day following his arrest and then moved to Songkhlanagarind Hospital in Songkhla, just to the north.

In a statement the hospital said that the patient was pronounced dead at 4.03am on Sunday morning. The statement claims he died from “severe pneumonia and septic shock”.

According to the statement, the condition of Abdulloh, who never regained consciousness since leaving the Ingkhayuth interrogation centre, remained comatose but stable until 48 hours ago when his condition worsened.

34 year old Abdulloh was taken into military custody after southern security officials allege he was involved in violent incidents in the south.

The military at the interrogation centre responded at the time that the suspect fell unconscious. An investigation was ordered into the incident, the result of which remains unknown.

At the time several news outlets claimed that Abdulloh had been tortured using suffocation.

A long-simmering rebellion against Thai rule in the Malay Muslim-majority “Deep South” on Malaysia’s border has left nearly 7,000 dead – the majority civilians – since 2004.