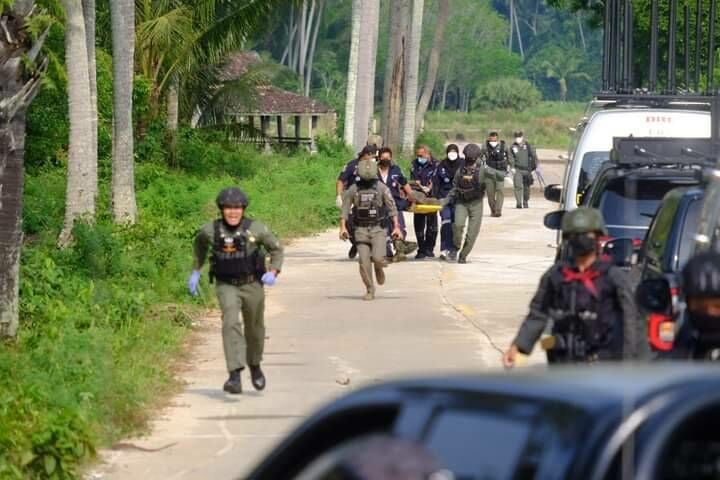 A double bomb attack in Pattani province in southern Thailand on Friday killed a fisherman and injured 3 explosive ordnance disposal officers, leaving 2 of them severely injured and in desperate need of blood donations. By the way, Songklanagarind Hospital invites the public to urgently donate blood of any type at the hospital (details below).

The bombings broke the 40 day ceasefire agreed by the Thai government and rebel group Barisan Nasional Melayu Patani after recent peace talks held in Malaysia. The peace talk was one of the most positive moves forward for the long and protracted insurgency that spans more than 20 years. The ceasefire coincided this year with the Thai Songkran (Thai New Year) celebrations and the Muslim Ramadan month-long festival.

A militant group known as G5, part of the Patani United Liberation Organisation, said that they were responsible for the attack. PULO were not part of the peace talks in which the warring sides of the ongoing conflict agreed to a 40 day ceasefire in the southern border provinces.

The Commander of the Fourth Army Region Kriangkrai Srirak said security forces had been expecting an attack by a third party despite the Ramadan peace agreement. The Thai army will try to find out whether PULO or their offshoot groups are willing to engage in peace talks, he added.

More than 7,300 people have been killed in conflict between the Thai government and rebel groups in Narathiwat, Yala, Pattani and parts of Songkhla since violence resurfaced in the area in 2004.