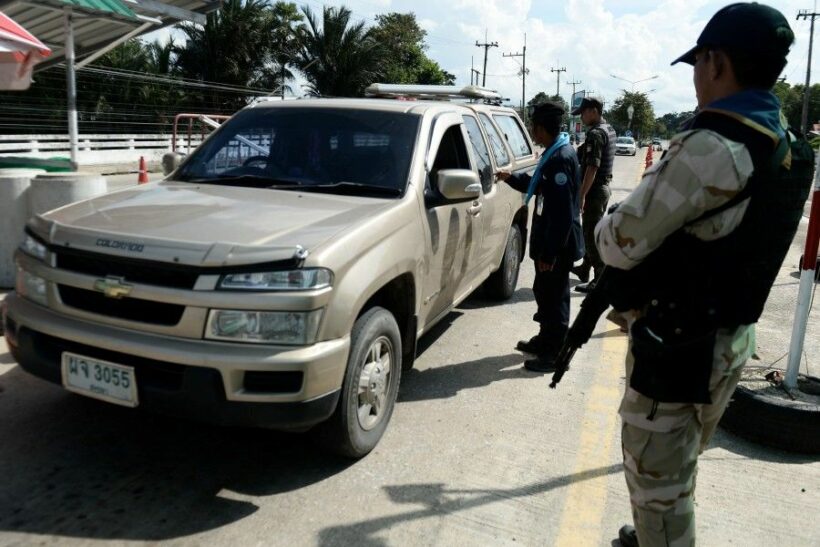 The army says now that won’t upgrade the curfew in the troubled deep South following an attack that killed 15 people on Tuesday night.

A spokesman for the Internal Security Operations Command says, contrary to some news reports, no curfew would be imposed at this stage.

He says the Army is urging people not to panic.

“There is no immediate need to impose a curfew, and people should not be frustrated.”

Attacks blamed on islamic militants in the southernmost province of Yala left 15 community guards dead. The three southern Thai provinces that border Malaysia remain a hotbed of Islamic militant activity, leaving up to 7,000 soldiers, volunteers, officials and civilians dead. The insurgency has been been going for nearly two decades.

A Friday announcement in the Royal Gazette allowed the director of ISOC to consider curfew in the several southern districts, effective from December 1 for up to a year, but ISOC explained that this only empowers LSOC to impose curfew.

“It is not an announcement of curfew per se,” said the spokesman.