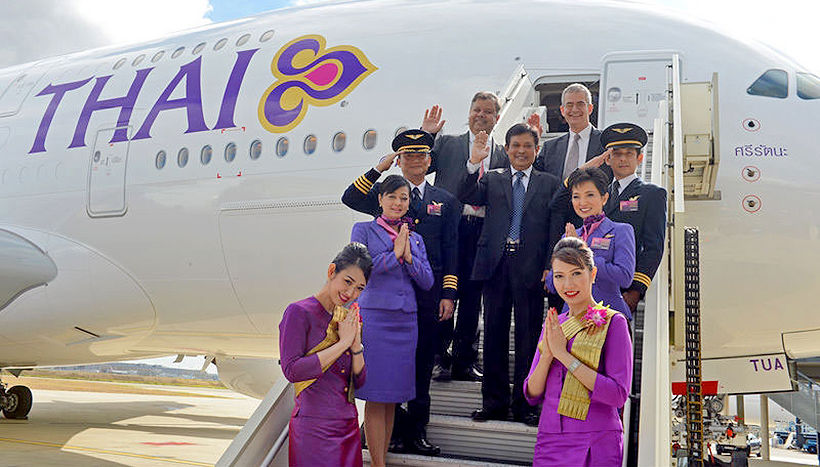 PHOTO: Both management and staff likely to lose some entitlements under new policy to reduce costs

In a move that will likely contribute little to the airline’s rehabilitation, Thai Airways is trying to reduce expenditures on staff travel. Meanwhile the airlines’ management is being ‘asked’ to reduce some of their expenses.

The moves are part of a range of new internal policies to ease the national airline’s debt and sustaining financial liquidity.

The executive vice president Suvimol Bualerd announced the the company will suspend or postpone sending staff for training, attending meetings or working elsewhere domestically and overseas “unless it’s important or it could have a negative impact on the company if they’re not sent”.

“The airline will be prepared well in advance for staff trips overseas to avoid having to get them visas urgently, which costs more, especially on trips to Europe.”

Staff per-day travel allowances will now be halved and the number of staff permitted to travel and their allocated days will be limited.

Suvimol said the airlines’ managing directors and other top executives will be asked to limit their requests for travel expenses domestically and abroad to what is already specified in current regulations. (Asked!?)

Thai Airways has now had almost a decade of losses, mounting every year. The government has recently rejected Thai Airways’ initial plans for rehabilitation and sustainability, sending it back for more budget cuts. Several key ministers have indicated the government is unlikely approve another bail out unless significant cuts are made to spending.

The airlines’ request for new aircraft has also been refused by Cabinet.

Bangkok governor: One krathong per family

‘Nakri’ now upgraded to typhoon as it approaches Vietnam’s coast