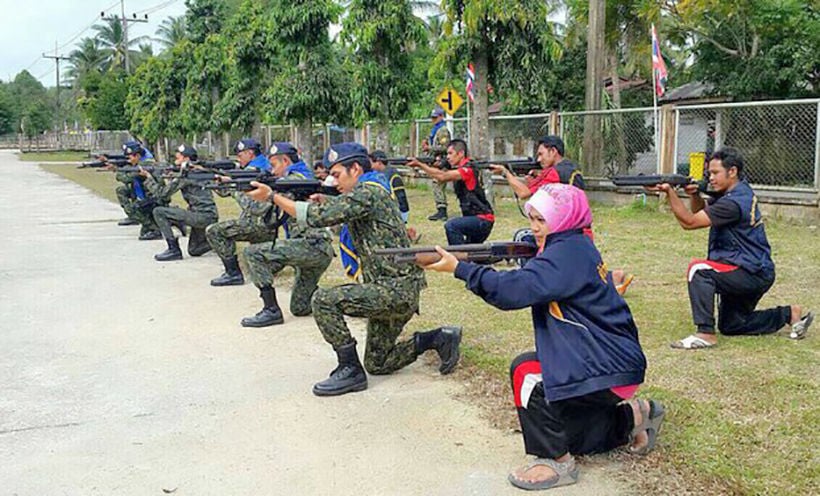 A soldier in the southern Narathiwat province was injured in an ambush in Bacho district last night, according to police. The attack happened at about 10:30pm while 56 year old Serm Seedaeng, leader of a civic action team of the 2nd Rifle Battalion at Chulabhorn military camp in the province’s central district, was driving his pickup along Bacho-Ban Thon road near Buke Sudo village in tambon Bare Tai.

An unknown number of men hiding on the roadside opened fire on the pickup. Serm was hit by a shot that went through the outer part of his left ear, and the vehicle was damaged by other shots.

The officer, from Pattani’s Mai Kaen district, was admitted to Bacho Hospital.

Narathiwat is one of the deep southern provinces involved in a bloody, decades-long separatist insurgency known as  the Southern Insurgency.

An investigation is underway into the incident.