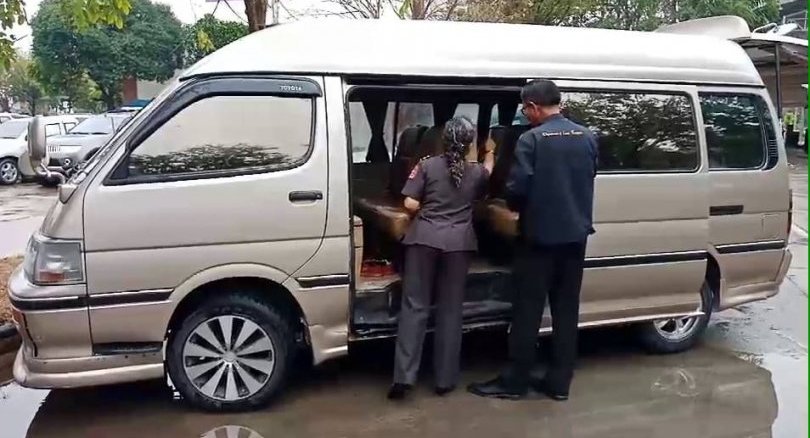 Four female and three male students fainted on their way to school in Ayutthaya on Wednesday morning after their van’s air conditioner malfunctioned, police said.

The students were found unconscious in the van driven by Wanaree Jindarat, 52, when it reached the Pracha Sueksa School in Tambon Huaror of Ayutthaya’s Muang district. The students were rushed to Ayutthaya Hospital and allowed to go home after they recovered.

One student’s parent, 36 year old Yospong Khorporn said the van had been hired by parents to transport students to several schools and it had been crowded, leading to an inadequate air supply. Yospong added that the driver rarely turned on the air conditioner because the van was old.

Pol Colonel Surapong Thampithak, commander of the Muang district police station, concurred that the driver rarely turned on the air conditioner because the engine has antiquated and the air conditioner overloaded the electrical system. Surapong said Wanaree normally opened the windows but morning rains had prompted her to close them, resulting in a stifling environment inside the van.

Atchara Kesaniyabutr, director of the Ayutthaya Land Transport Office, said the van’s owner had been fined 2,000 baht for failing to receive permission to operate the van as a school vehicle. 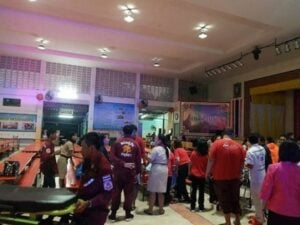