Welcome to your weekend. Was quite a bit of rain around the island last night and more is forecast today. But, as usual, still plenty of sunshine. Let’s see what stories are making headlines today…

Police on Koh Phi Phi say that the body of a woman found floating off Lo Dalum Bay on Wednesday is a New Zealand tourist. Police say that she was travelling with a tour group but decided to leave the tour and organised the rest of her stay on Phi Phi herself. The tour group contacted police after they read reports of the missing woman and were able to identify her from her tattoos. A Burmese worker discovered her floating off Koh Phi Phi on Wednesday. Police believe she had been dead for up to six hours when she was found. The investigation continues. 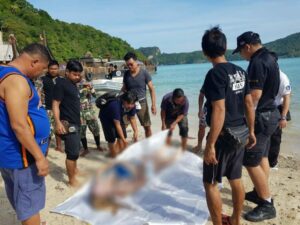 Security forces in Pattani yesterday announced the arrest of a gang of five suspected southern militants blamed for a string of deadly gun attacks in Pattani dating back to the year 2010.

Speaking at a press conference held in Pattani, the commander of the Pattani provincial police, says the five suspected militants normally met at tea shops to plot their attacks and then used mosques as a safe house.

He then pleaded for understanding from Muslim people in the province about the need of security forces to search some of the mosques.

The five suspects were blamed for six violent incidents as follows: 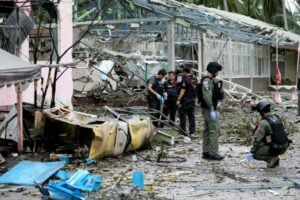 Rising unemployment, falling agricultural prices and increasing living costs were cited as the reasons for change in public sentiment towards the junta government in the survey. Meanwhile, politicians continue to urge Prayut to come clean on his future plans after he said recently that he was now a politician and that he did not rule out the possibility of becoming an “outside” PM after the next election. His reference to an outside Prime Minister is when a newly elected parliament couldn’t decide on a PM and would call in an unelected PM to take the role. 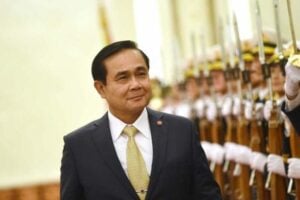 A vertigo-enducing experience of a lifetime, the ”Dinner in the Sky Thailand”, has officially taken off high above the streets of Bangkok.

Operated in 45 countries, this global phenomenon features a high-altitude dinner table hoisted 50 metres above the ground where 22 guests are seated securely and enjoy a four-course gourmet dinner. The table, guests, chefs and food is lifted for an hour long dining experience by a 200-tonne European telescopic boom crane. Dinner in The Sky will run in Bangkok until the end of February. 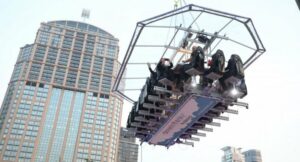 The government has instructed police to track down and arrest fugitive former prime minister Yingluck Shinawatra so she can be brought back to Thailand to face justice… this from the deputy national police chief. He told reporters that the police were still hopeful they would succeed in seeing Yingluck brought home and prosecuted. Thai police had asked Interpol for up-to-date information before the New Year but were still awaiting a reply. Police yesterday confirmed the authenticity of Yingluck’s photo taken with a Thai tourist in London although they weren’t sure the picture had been taken recently. 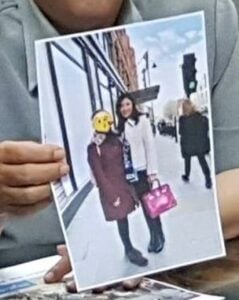 Official figures have been crunched showing that in 2017 the island’s airport posted 11.3% year-on-year growth to reach an estimated 8.4 million incoming passengers. This was mainly driven by a 20% surge in Mainland Chinese travellers to the island and a rising number visitors during low season of 11.2% compared to the same period in 2016.

Another key trend is that 54% of Chinese and 55% of Australian tourist arrivals for last year were during the May – October low season. Hotel occupancy rates were also the highest in 2017 although there has been a slight fall of the average room rate paid by tourists. 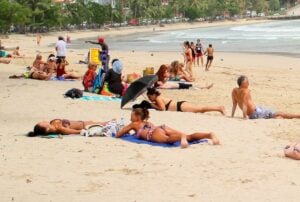 Police are still questioning people over a diving incident at Koh Similan on Thursday. 37 year old Yoshida Saori from Japan was scuba diving alone near Koh Tachai. According to witnesses, she jumped from the boat when a big wave pushed her underneath the hull. Her head hit the propellor resulting in deep wounds and damage. She was being rushed to Takuapa Hospital by speed boat but died during the journey back to shore. 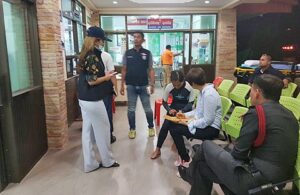 Health officials turned up at the Lelux Hospital yesterday to investigate reports that it provides and advertises whitening services for male genitalia.

The hospital’s marketing Director says he had already assured officials that laser treatments for male genitalia were safe. He admitted that health officials from the Nonthaburi Public Health Office had also asked about advertising the services but says the hospital didn’t advertise the services, claiming that what has appeared on social media came from a post by a hospital staffer. (Yeah, I think that’s called advertising.)

The Department of Health Services Support has decided to impose a 20,000-baht fine on the cosmetic surgery clinic in Nonthaburi for over-advertising its penis whitening service with the use of laser technology. 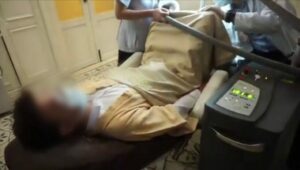