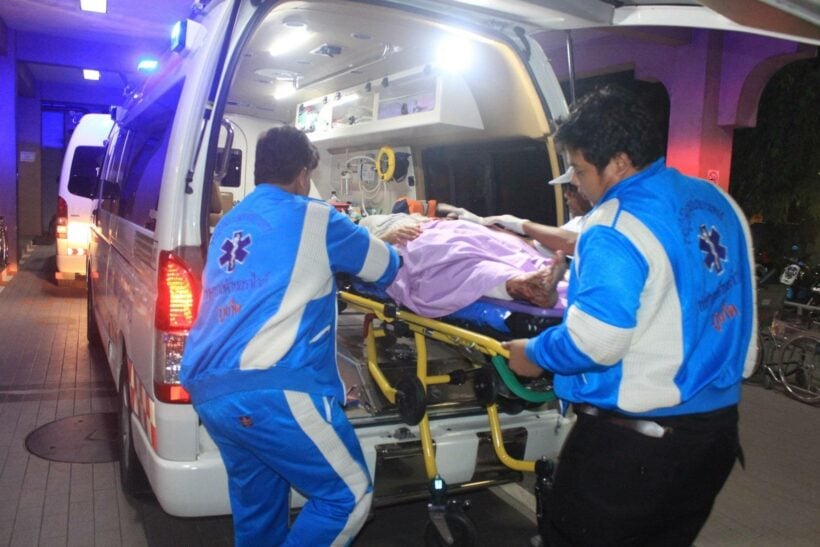 A 52 year-old Russian woman, Elena Ksarenko, was shot and robbed in her villa in Rawai. Police are on the lookout for the two thieves they believe are involved in the crime.

Police found her bed and floor covered in blood at the scene. On the floor, police found .38 bullets and bloody footsteps around the bedroom. The shower’s glass wall was shattered from the shooting and all 3 bedrooms in the house were ransacked by the thieves. There were some more footsteps near the wall outside the house as well as another .38 bullet and 2 shoulder bags dropped nearby. A safe box was stolen from the house.

Locals in front of Soi Kokmakham, connecting to Soi Hua Pru, found Elena on the ground covered in blood about 400 metres away from her house; a rather dark and isolated area. They called the police and the local emergency rescue crews. She was rushed to Vachira Hospital with gun wounds on her left waist and right calf. She is expected to recover from her injuries.

According to the police report, the woman lives in the villa with her Russian husband. He was out of the house at a bar in Rawai with friends during the incident. The thieves climbed over the wall and broke into the house through the main door in the living room. They went straight to the 2 empty bedrooms. Whilst they were searching for valuables Elena woke up and confronted them. The criminals shot her before taking the safe box and fleeing.

Chalong police are acting on assumptions that there must be 2 thieves committing the crime. The CCTV cameras installed around the house, indoor and outdoor as well as CCTV cameras at the entrance and exit of the alley where the house is located are being checked for footage from the crime. 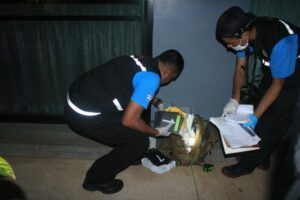 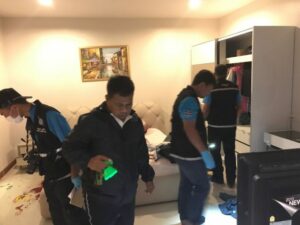 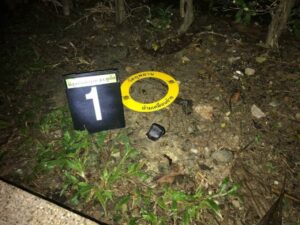