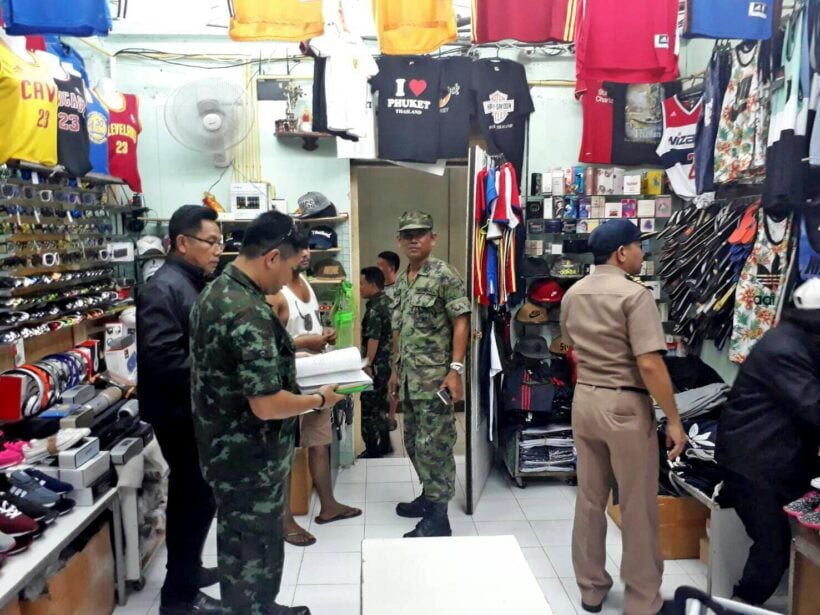 A 33 year old Burmese man, Dam Bha Du and a 34 year old Vietnamese, Lam, have been arrested with a total of 3,000 counterfeit items from Patong.

Following a report that a large number of counterfeit goods were being sold in Soi Kebsup on Taweewong Rd, a taskforce led by Phuket’s Governor, the ECD Police force and the Commander-in-Chief of Royal Thai Navy Region 3 visited the reported location and found 293 items including handbags, purses and belts, all imitations of luxury brand names such as Chanel, Gucci, Louis Vuitton and Hermes which belonged to Lam. A further 2,360 pairs of counterfeit shoes branded with logos from Nike and Adidas were in the possession of Dam Bha Du. The goods were estimated to be worth 3 million Baht in total.

The team found an anonymous warehouse in the middle of Soi Kebsup, after a series of stalls were found offering similar goods in front of the Soi. Storage of counterfeit items were found inside the warehouse.

The two men have been charged and all goods have been seized and taken to the Patong Police Station for further investigation. 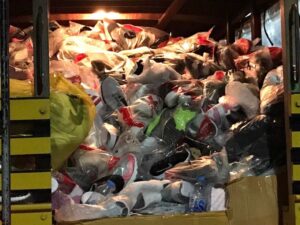 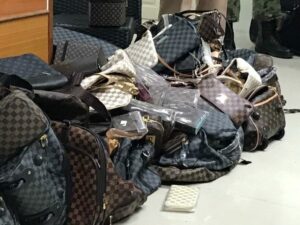 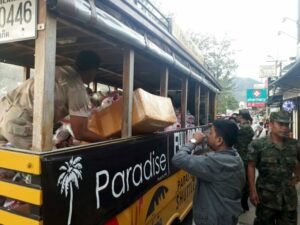 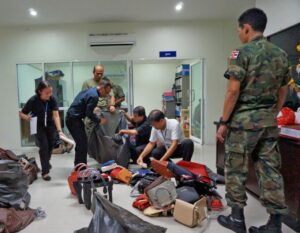