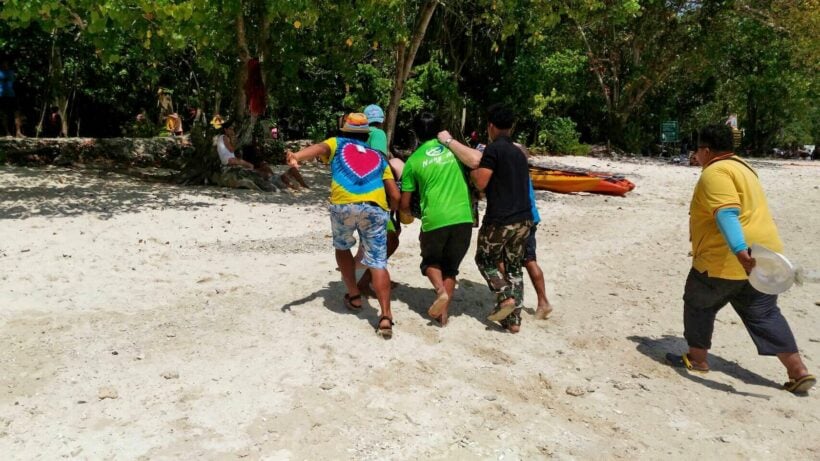 A 61 year old Russian tourist, Shikokenko Alexander, fainted while walking along the beach at Hong Island in Krabi, was being taken to hospital but died on the way (January 28).

At 1pm, the Chief of Bokkoranee National Park received a report that the Russian man was walking with his wife along the beach when he collapsed onto the sand. The national park officers attempted CPR and then transferred him to Krabi Hospital in a speedboat. An ambulance picked him up in front of Kwang Island and the medical team in the ambulance continued treatment but they weren’t able to revive him and he died at 2.30pm.

The man travelled to Krabi from Phuket with his wife along with a tour group. The Krabi Tourist Centre has already contacted the Russian Embassy to organise for his body to be sent back home.

Workers seek help after ‘false promise’ of jobs in Australia