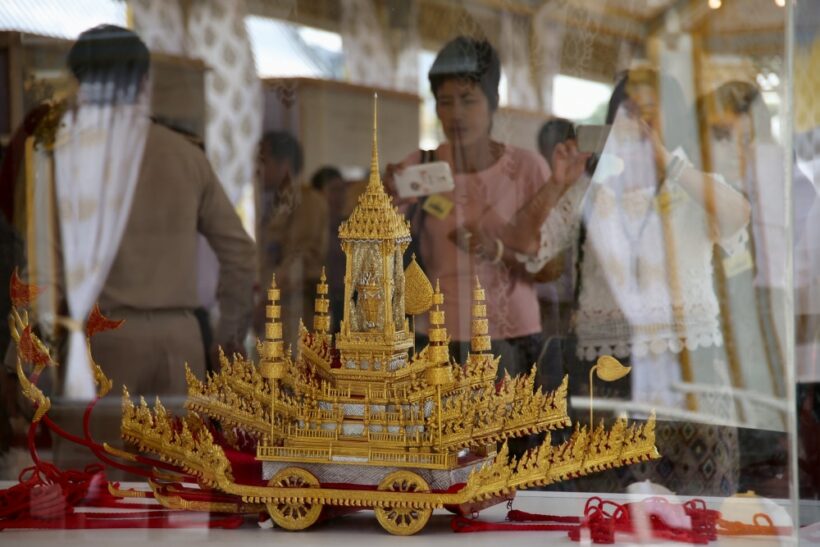 Deputy PM Tanasak Patimapragorn yesterday says that he would seek to extend public tours at the Royal Crematorium beyond the end of November if there is sufficient interest.

But the scheduled closing at the end of this month would remain if only a small number of people wish to tour the sacred site, he said. Tanasak said the PM would need to seek permission from His Majesty King Maha Vajiralongkorn for the site to remain open. The public was given access starting last Wednesday to the Royal Crematorium of HM the late King Bhumibol Adulyadej following the October 26 Royal Cremation.

The ceremonial site also includes pavilions that were turned into exhibition halls to display information and items related to the late King and the Royal Cremation ceremonies. Tanasak said that there would be adjustments in the number of visitors allowed to the site at any one time. During the first three days, about 5,500 people were allowed at a time for an hour-long visit. It is estimated that about 100,000 people visited the site each day.

Starting yesterday, about 2,400 people were to be permitted on the site at a time, and they were to be divided into eight groups, Tanasak said. Each group would be accompanied by officials of the Fine Arts Department, who would brief visitors about the items on display, said Maj-General Tanee Chuichai, chief of security command. Tanee said visitors in need of assistance could access the ceremonial site through any of the screening points and would be helped by Social Development and Human Security officials.

Once inside, visitors would be given food and drinks while they wait in tents for their tour. 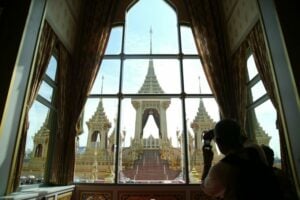 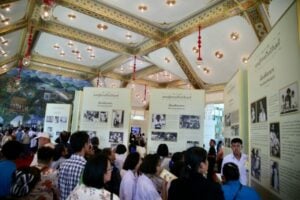 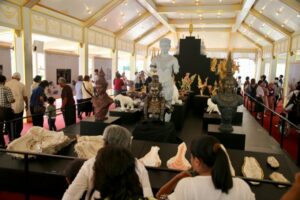 On Thursday, an order was issued to prohibit people from the Royal Crematorium after it was found on Wednesday that visitors had acted improperly and damaged statues. There were reports of people picking up souvenirs, including stones, from the area. Army chief General Chalermchai Sittisart tried to defend the behaviour of visitors, saying that they had not been told what they could and could not do.

Following media coverage of Wednesday’s inappropriate behaviour, and publication of guidelines, Chalermchai said people should now have a better understanding. “We have to ask cooperation from the public who may feel that they should have some souvenirs. Now they know proper behaviour, they won’t do that, I believe,” he said.