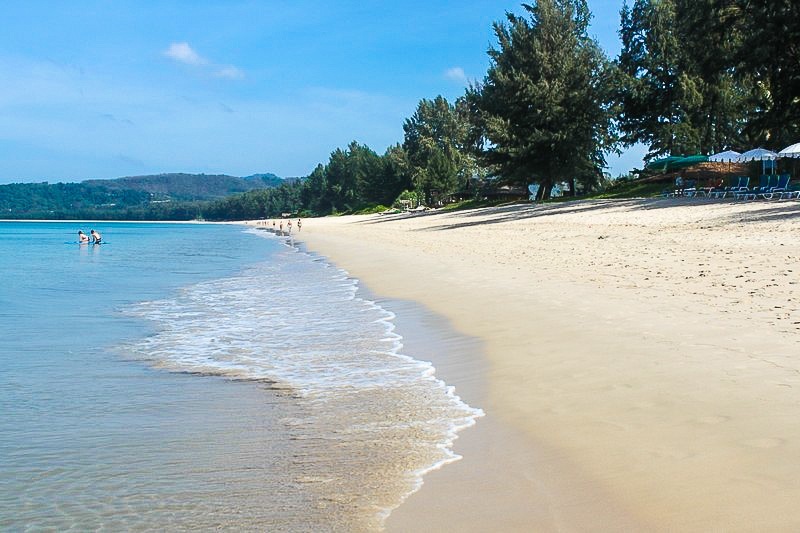 Today the Phuket Gazette visited Layan Beach following the verdict in the Thai Supreme Court that confirmed that the land, where six beach restaurants and businesses continue to operate, was public land. The land in question spans the an entire 3 kilometre frontage including stretches of Layan and Laypang beaches and covering some 178 rai of land.

Phuket Gazette approached three of the businesses. At the iconic Tony Restaurant, situated at the southern end of the 3-kilometre stretch of beach, the staff were reluctant to comment and even claimed they didn’t know who the Manager or owner of the restaurant was (which we found difficult to believe). They handed us a business card with two phone numbers. Both phone numbers were answered by the same person who stated they were not sure about the Court verdict and had no comment to make on the matter. When asked if we could have the Owner’s contact number they said ‘they weren’t sure’.

At two of the other restaurants the ‘Managers’ both spoke to us on condition of anonymity and stated, in essence, that they are aware of the Court verdict and were now waiting for local authorities to act. They were resigned to the fact that eviction notices would be placed on the beach restaurants, chair rental and beach toy businesses some time soon.

Meanwhile, the President of the Cherngtalay OrBorTor, MaAan Samran, says “the DSI will definitely ask for arrest warrants from the court if they don’t move off of the public land. Two of them have already been sentenced to jail and another one will be judged on February next year.” The ‘two’ he was referring to include people the DSI claimed were involved in the issuing of fake title deeds. 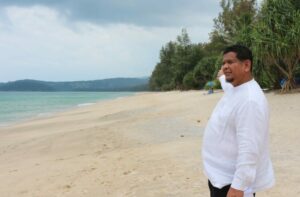 The prosecutors include Orapan Ploypetch, Sodsai Ongsritrakul, Pitak Boonpotjanasunthorn and Sawat Thongpaiyuth, who had businesses on Layan Beach, were given warnings from the officials to move out as the location were public land.

Initially, this land was set on three Nor Sor 3 Kor but later the Land Department set a committee to revoke the papers in 1984.

After the case was filed, there were several high-ranking military officers trying to issue a land deed on the plot. The Governor by then set a new committee to investigate the cases and that’s when the prosecution started, claiming that the authorities were claiming the land as public land on allegedly privately owned land.

“This case concerns Phuket’s natural resources and environment which the Department of Special Investigations took on as a special case. The final judgement proves that the land is public land and the DSI will coordinate with all official sectors on the island to enforce the law, making the 6 business owners and their staff move out,” said Pol Lt Col Montree Boonyayotin, Director of Natural Resource and Environment Case Division, Department of Special Investigation (DSI). 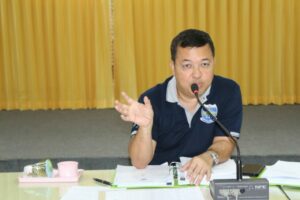 The DSI, alongside the local authorities, held a meeting on Thursday (November 2) at the Cherngtalay Administrative Organisation (OrBorTor) to discuss the next steps now that the case has been finalised.

“Now that this case has been finalised and the judgment handed down, the next step is for local authorities to place eviction notices on the properties to force the people encroaching on the land illegally to move out,” he said after the meeting.

“We will also continue to keep records of the encroachers, both the initial ones and the ones who came later. When the appropriate time has passed for them to move we will have to bring the arrest warrants from the Court. If anyone from the encroachers is arrested, I will not approve for bail. For the people who issued land papers after the land was announced to be public, they will be prosecuted for encroachment.”