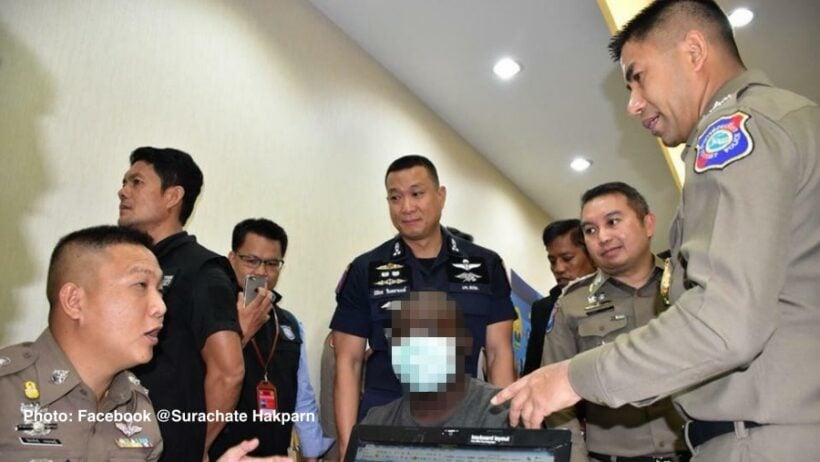 Tourist Police and 191 Special Branch Police have busted an alleged  Nigerian romance scam gang and arrested a Negerian man for fraud charges during the ongoing investigation.

Thai PBS are reporting that Light Chinezurum was presented to the media yesterday (April 27) after being caught by tourist police for luring several women into an online relationship and convincing them to transfer cash to him.

The victim said the suspect promise to send them valuable gifts, however, they had to transfer “customs fees” to a Thai bank account in order to claim the gift.

His bank accounts showed over 16 million baht in circulations, while immigration records show him leaveing and entering the country over 13 times in the past few months.

Police claim the suspect was a key figure in the romance scams who would conduct money transactions to other members of the romance gang in Nigeria.