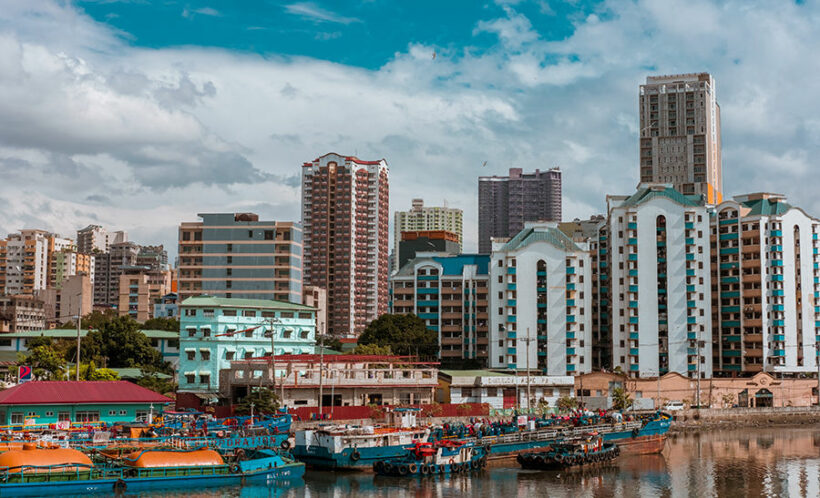 Manila and the surrounding Philippine provinces are heading back into lockdown from tomorrow, for a period of at least 2 weeks. The decision comes as the Philippines’ capital recorded a significant spike of over 100,000 new cases of the Covid-19 virus.

Thai PBS World reports that the country’s President, Rodrigo Duterte, is imposing the lock-down on Manila and the adjacent provinces of Laguna, Cavite, Rizal and Bulacan, until August 18. It’s expected that some public transport services will be shut down, along with many businesses in the capital, as tight restrictions on movement are imposed.

The country’s medical workers have been pleading for a renewed lock-down as they struggle to cope with the surge in cases. The country recorded 5,032 new cases yesterday – its largest daily increase. The number of confirmed cases now stands at over 103,000, with 2,059 fatalities. The country is 2nd only to Indonesia for the highest number of virus cases in south east Asia.

The Philippine President has now given the go-ahead to hire an additional 10,000 healthcare workers to bolster the current number of professionals battling the virus. He is also promising additional benefits for medics treating Covid-19 patients.

The Philippines started to emerge from lock-down in June after one of the world’s strictest shutdowns aimed at suppressing the Covid-19 virus.

Downunder, Australia’s second largest city of Melbourne has just started a 6 week lockdown to try and curtail a recent spike in cases.