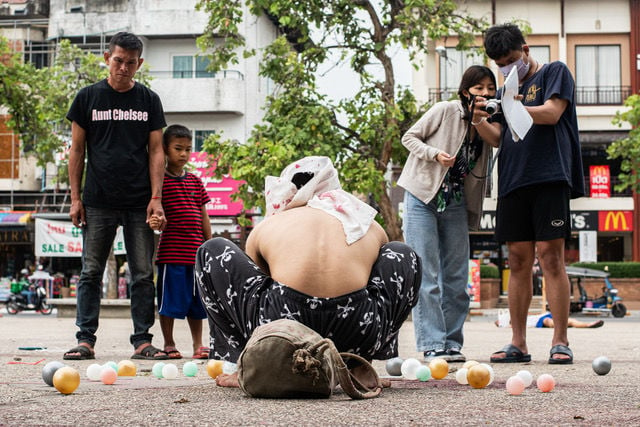 by guest writer Will Langston

Pro-democracy activism continues its public display in Chiang Mai City. For the third time in a week, activists and protestors gathered under outside old walls of the city to demonstrate.

The name of the performance yesterday was entitled “EAT (I’M) ARE”. The title is wordplay based on the famous steak eatery in Thailand called ‘EAT AM ARE’. According to one Chiang Mai University student the title alludes to, “Someone or something that has more power. And, that someone or something is trying to eat, limit or disqualify their freedom and rights.”

Student performer named Benz Pisuttisakand said he visited with a friend who studies with him.

“I just want to practice my way to express freedom of speech and action in a public space. As an artist. As a citizen of this country.”

“Today I chose the action of drawing as my self expression while using a public space. I want to make it recognisable that we have the right to free speech and the right of using public space. There are a lot of absurdities that happen these days. ”

Most of the performers come from The Lanyim Theatre group but multiple local art organisations unified for the protest event. The performance began at 7am and continued throughout the day and evening with performances at every hour at Tha Pae Gate.

The protesters weren’t given any assistance from the weather. By noon, the Chiang Mai rain had grown to a torrential downpour and kept up all day long into the night. The performers persisted and, just like clockwork, new activist performers began performing on the hour, every hour. 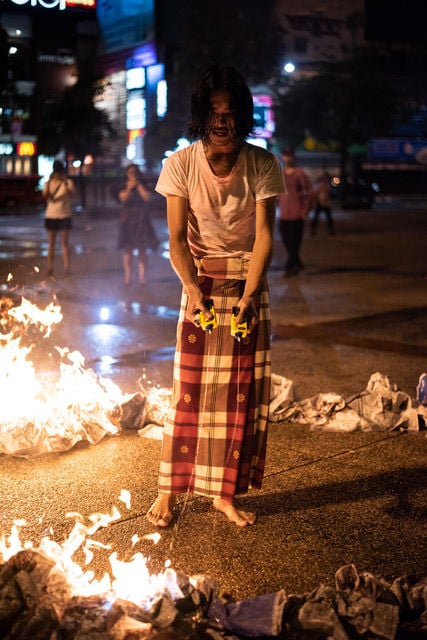 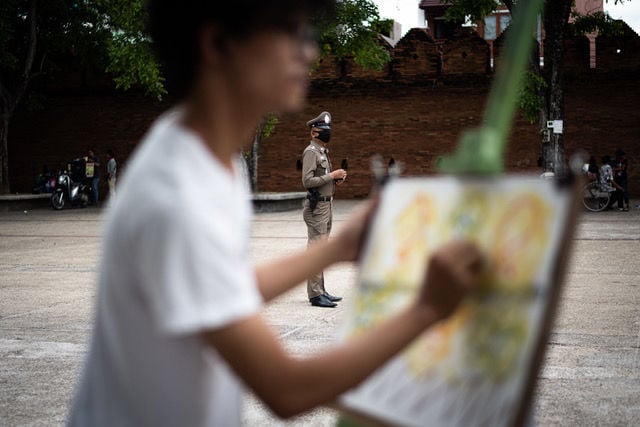 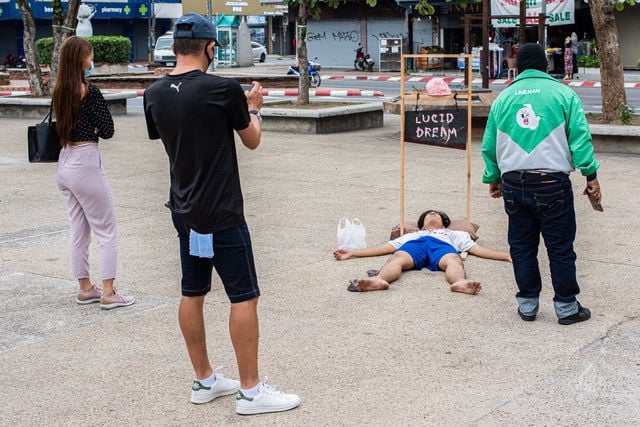 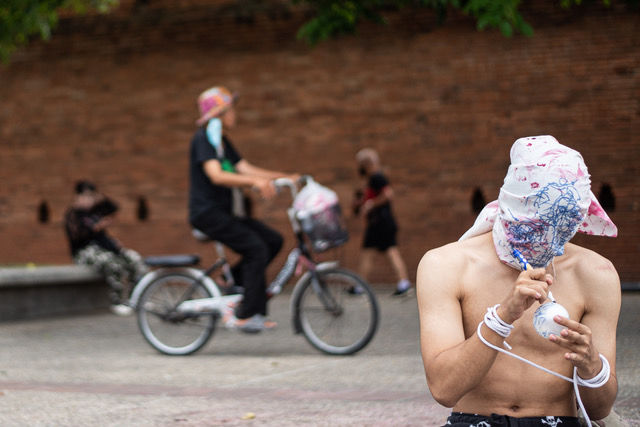