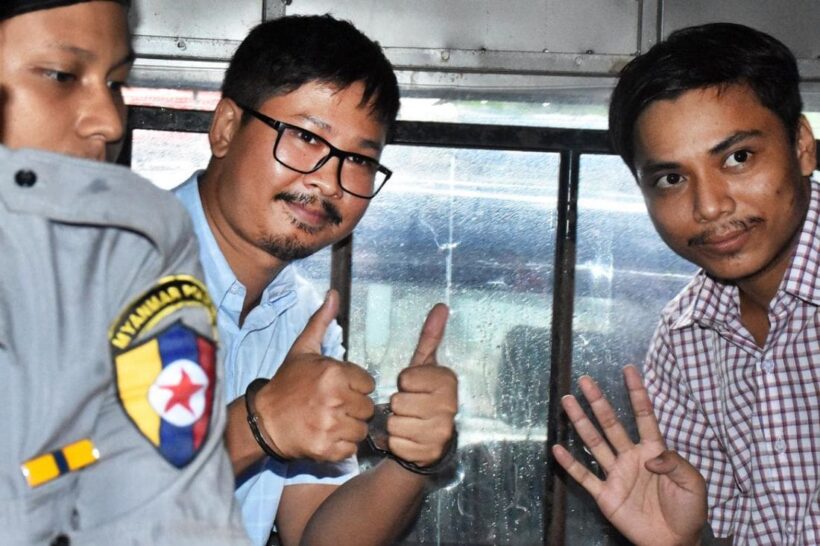 A court in Myanmar yesterday decided to uphold the convictions of two Reuters journalists who were sentenced to seven-year prison sentences. The case that has drawn international criticism.

Wa Lone and Kyaw Soe Oo were found guilty last year of violating the Myanmar’s Official Secrets Act. They were investigating the massacre of Rohingya men amid a military crackdown on the country’s Muslim minority.

Read the report about their conviction HERE.

The Yangon High Court Judge Aung Naing described the seven-year term as “a suitable punishment”, according to Reuters. The journalists can still appeal their convictions to Myanmar’s Supreme Court.

In defending the Appeal, lawyers had argued that the courts failed to prove the journalists intended to harm national security and wrongly placed the burden of proof on the defendants.

“They remain behind bars for one reason: those in power sought to silence the truth,” according to Reuters Editor-in-Chief Stephen J. Adlert Adler.

“Reporting is not a crime and until Myanmar rights this terrible wrong the press in Myanmar is not free, and Myanmar’s commitment to rule of law and democracy remains in doubt.”

Myanmar’s military began a brutal campaign in 2017 that forced an estimated 700,000 Rohingya to flee their homes in Rakhine state and cross the border into Bangladesh. Refugees have reported organised rapes, the devastation of entire villages and mass killings.

Myanmar has also been cracking down on its local independent press. Officials have arrested three journalists last October for exposing a financial scheme within the government.

Critics say Myanmar is using colonial-era national security laws, such as the law under which the Reuters journalists were convicted, to shut down investigations.