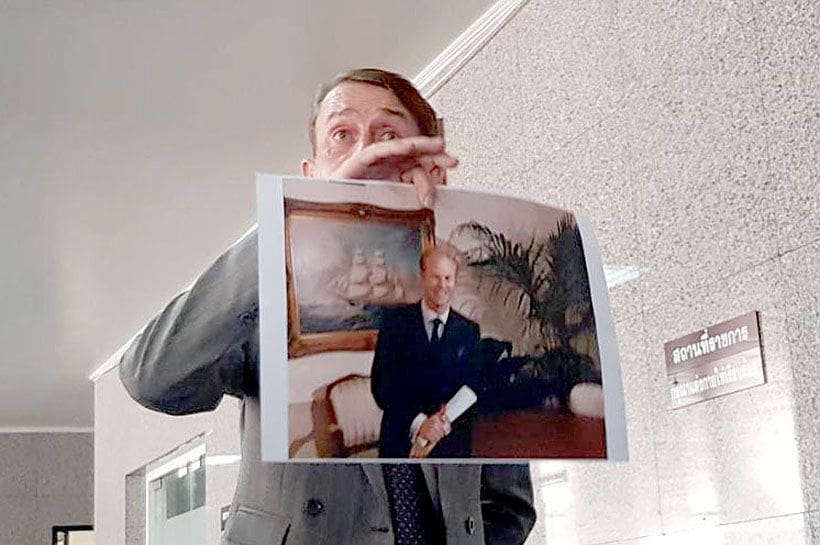 A lawyer representing the family of Steven James Granville has filed a complaint with the Technology Crime Suppression Division (TCSD) in Bangkok over police reports about injuries sustained in a 2013 ‘cycling incident’.

Karon Police wrote it off as a cycling accident at the time. But lawyer Vincent McOwen says the family were now coming forward as Mr. Granville died last year at the age of 52 after being brain dead and confined to bed in a UK hospital for four years.

He was charged for deceiving buyers into paying for homes at the project that were never built. Nineteen buyers claimed they had paid a total of 217 million baht but Phase 1 of the project had stalled and Phase 2 never materialised.

A report from 2010 involving the arrest of Mr Granville in a Phuket resort scam HERE.

He was released from prison after nearly 18 months , as outstanding criminal charges have been dropped over his involvement in the Purnavarna project in Phuket. Full report HERE.

Lawyer Vincent McOwen, acting for Mr. Granville’s family, is asking for a full and fair investigation.

“It is an ongoing case but we are hearing nothing back. We are getting no feedback,” he said to Khaosod English.

The lawyer is asking police to investigate two former partners of Mr. Granville who were involved in another project in 2012. He alleges the pair asked Mr. Granville to transfer 99 percent of Puravarna Resort’s shares, valued around 1 billion baht, reasoning that his criminal record could affect the project.

According to the lawyer the siblings promised to return the shares within six months if a deal wasn’t forthcoming.

On June 24, 2013, three months later, after the shares were allegedly transferred, Mr. Granville was seriously injured in a ‘cycling accident’.

Mr. Granville’s family suspected foul play, despite the conclusion of Karon police and has lost 15 million baht in a losing legal battle to get back their property shares back.

The lawyer claims the only injury found at the time was ‘blunt force trauma’ to the man’s head. A police report says that there were no other wounds on his body.

“This was not an accident. He suffered for four and a half years,” said Lawyer Vincent McOwen.