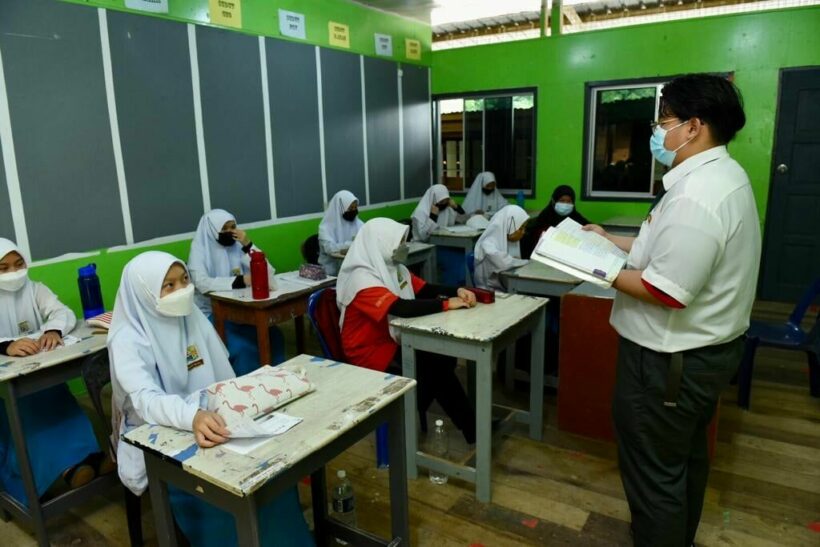 Covid-19 is on the rise at a number of schools in Malaysia following their reopenings and fingers are pointing at teachers and staff for not following and enforcing disease prevention rules like wearing a mask. The country’s health minister even says teachers with coronavirus symptoms are still coming to class. The cluster outbreaks at schools come just as the government is preparing to launch its vaccination campaign for young students, but many parents have expressed concerns about inoculating their children.

Health Minister Khairy Jamaluddin says most of the new cases were caused by the failure to follow Covid-19 guidelines such as mask wearing and physical distancing. The minister added that even infected teachers showed up in class, letting the virus spread to students as his ministry detected 62 new clusters in educational institutions, up from 15 the week before, and several schools in Johor, Kedah, and Melaka have been shut down.

Although officials are trying to improve the situation once the Covid-19 vaccinations are delivered to children ages five to 11 next week, some parents have expressed concerns over possible adverse effects, as less than 60% of parents have agreed to vaccinate their children.

Many parents commented on the minister’s press conference that was streamed live on social media, debating whether they would submit their children for vaccination and asking when he would vaccinate his own children. One person wrote on Facebook saying, “Show the live telecast to the whole of Malaysia of your children and grandchildren being vaccinated.” Another wrote, “I would rather take my child out of a government school.”

The College of Paediatrics Malaysia says it fully supported the government’s decision to immunise young children. When compared to children infected with the Delta variant, Omiron has a 20% higher risk of hospitalisation.

An epidemiologist at Universiti Putra Malaysia told The Straits Times that they are concerned not only with the school clusters, but with the “long Covid” phenomenon, which is when symptoms last for up to 12 weeks. The epidemiologist says long Covid has been identified as being “quite prominent among children.”