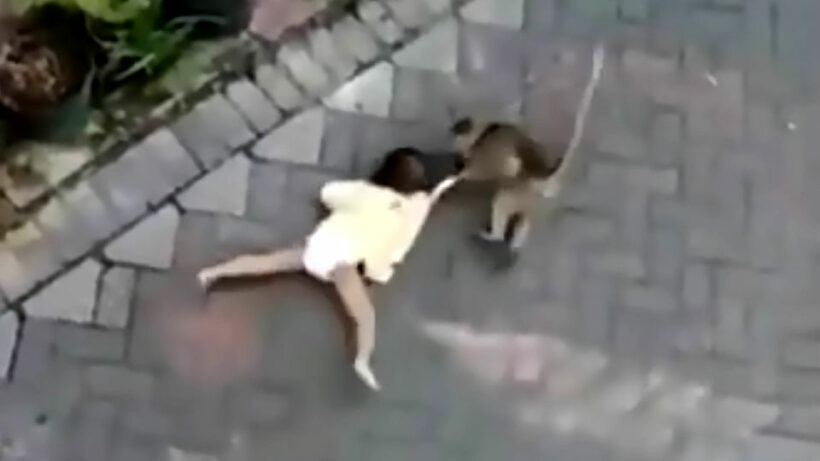 A video showing a monkey grabbing and dragging a toddler along a street in Indonesia has gone viral, leaving netizens around the world arguing over what actually happened. Was it a simian kidnap, a monkey mucking around, or a hungry monkey with evil intentions? Asiaone reports that the incident occurred in Surabaya, Indonesia last week.

The clip shows the monkey zooming down the street on a miniature motorbike and crashing  into a group of children sitting on a bench. It jumps off the bike and starts dragging a baby girl away by the arm.

Seconds later, the monkey releases the girl who gets up and stumbles back to safety. Although she escaped with only minor abrasions on the forehead, the young girl was traumatised by the incident.

Since the clip went viral, there has been an avalanche of speculation as to what actually happened. Some Twitter users say it was an attempt to abduct the child for human trafficking.

But some sharp-eyed viewers noticed what appears to be a rope around the monkey’s neck and pointed out that it was clearly being dragged, shifting the attention to the issue of animal cruelty. 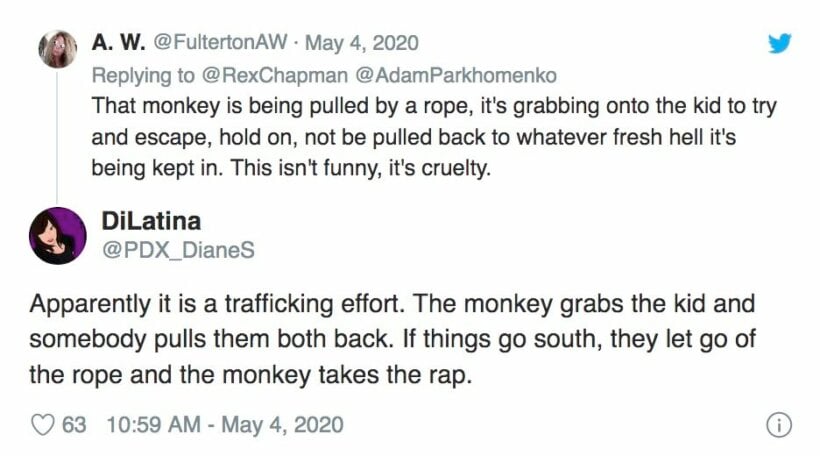 It turns out that the monkey was part of a traditional street performance known as topeng monyet (masked monkey). Performances typically involve a long-tailed monkey performing tricks for money while wearing a doll mask. The monkey’s motivations, and those of its owner, remain unclear.

Animal rights groups, including the Jakarta Animal Aid Network, have campaigned for years to have such shows banned due to the abuse that the monkeys suffer under their handlers. But their efforts have seen limited success: the shows were banned in some places like Jakarta in 2013 but not in others like Surabaya.