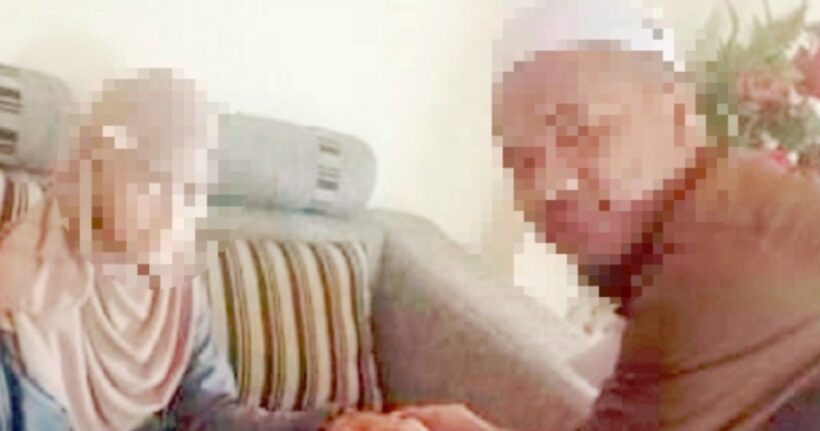 The 11 year old Thai girl, caught up in the middle of a ‘child marriage’ storm, has been sent back across the border to Thailand. The girl’s ‘marriage’ to a 41 year old Malaysian man caused a social media meltdown and strong negative response from human trafficking groups, human rights groups and the Malaysian government.

A Malaysian social activist claims the Kelantan state government returned her to Narratiwat, southern Thailand, on Wednesday. The girl, known only as Ayu, and her mother sought help from the Royal Thai Consulate General in Malaysia’s Kelantan state where they lived. Thai authorities received the girl and she is now under the care of officers from the Social Development and Human Security Ministry.

“People teased, pressured and openly condemned the girl and the mother in public,” said the source. “The husband, however did not want to send them back, as he viewed that the marriage was done correctly, but could not stop them.”

“The ministry is supposed to protect the girl and rehabilitate her. It’s right for the Thai government to take the girl back but they have to have a long-term plan. The girl’s family is poor and no one would care for them,” he said.

While the ministry would shelter her, he said that there was concern that religious bodies might threaten the ministry to let her remain with the man.

“Religious bodies in Thailand are influential and support child marriage,” he said.

The issue surfaced after the report about the man marrying the young Thai girl in Gua Musang, Kelantan, went viral on social media in June and drew flak from many parties for allowing child marriage.

Initial investigations by the Kelantan Welfare Department found that the marriage took place in Golok, Thailand. The girl’s parents are said to be Thai nationals.

The man was fined a mere RM1,800 (14,600 baht) by the Gua Musang Syariah Court. The source said that the order for the girl to leave was sudden and the girl did not even have time to pack as she had to leave immediately.

The mystery of Myanmar’s missing airlines