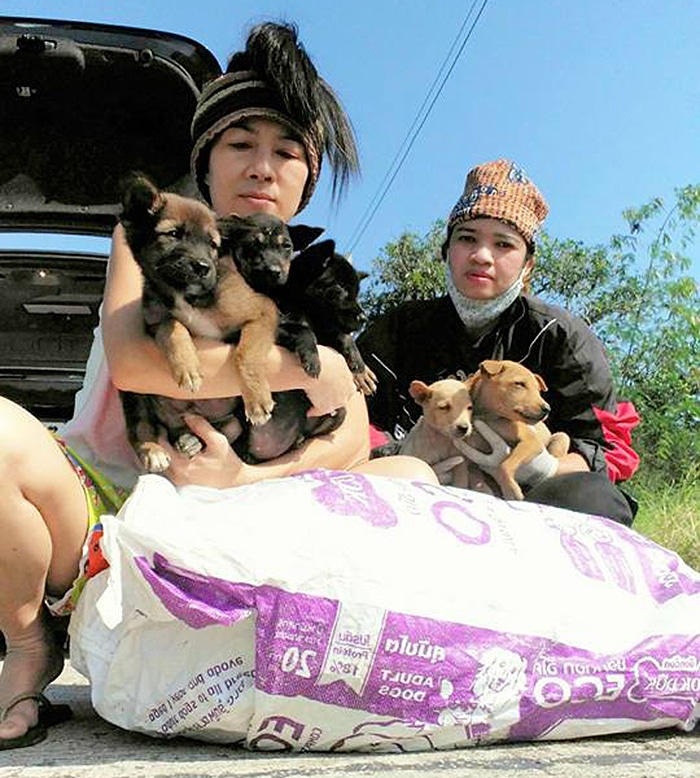 One of the woman, Chutima Singruang, posted on her Facebook wall on Wednesday that she and her friend spotted the puppies on the Hua Hin-Nong Plub road near the roadside Nong Sor market on Tuesday morning.

Chutima said in the post that the mother’s body was already bloated when she found it and no passers-by seemed to care about the poor puppies. She said the mother and the puppies were apparently dumped in a fertiliser bag.

The mother apparently bit a hole in the bag and freed herself and the puppies, but it was unclear how the adult dog died, Chutima added. She and her friend buried the mother and took the puppies to the Hua Hin Dog Shelter. 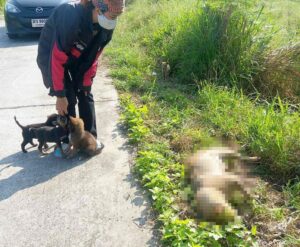