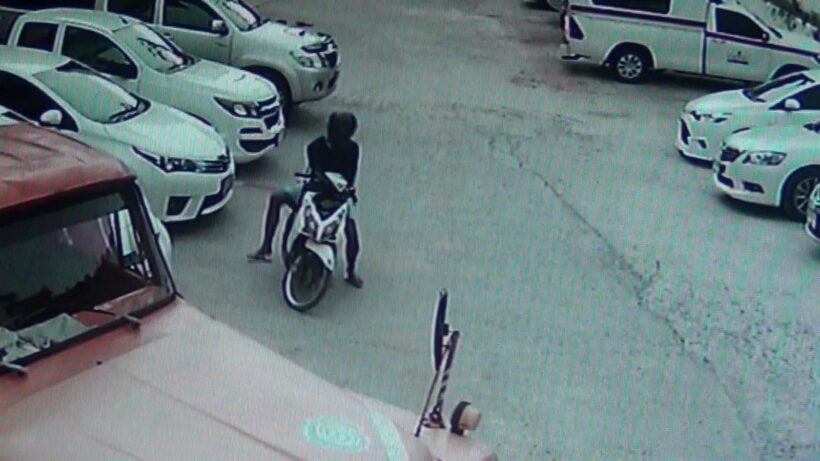 A condominium general manager in Ao Nang Kanchit Chotkosit says, “We’ve discovered that on Tuesday (May 8) a thief stole two batteries from water trucks which were parked inside the condominium compound. Those two batteries cost more than ten thousand baht.

“CCTV footage shows that the thief was wearing a full face helmet. He was driving a white Yamaha motorbike. He took only ten minutes to steal the two batteries.

“The thief came after 5pm after I’d already left from work. I believe that the thief must be the same person who stole batteries in Ao Luek as well. I’ve already filed a report to Ao Nang Police. Police are now checking CCTV footage and tracking down the thief,” he explained.

On May 5 a male on a white Yamaha motorbike stole two truck batteries from Ms Pennapa Kaekratok in Ao Luek.