Chang and Eng Bunker (May 11, 1811 – January 17, 1874) were Thai-American conjoined twin brothers whose condition and birthplace became the basis for the term “Siamese twins”. 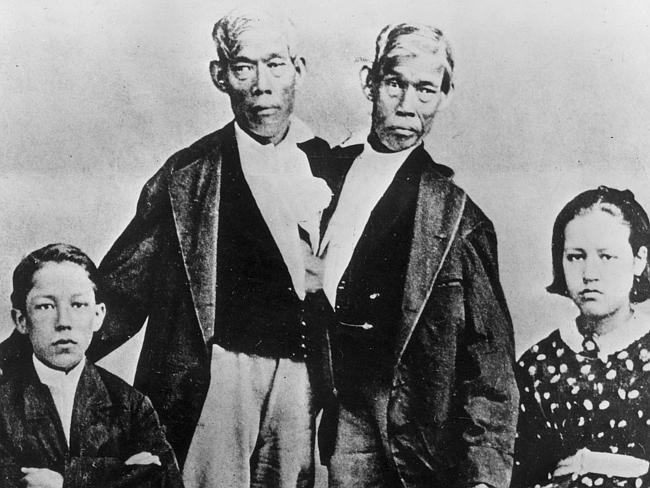 Dozens of descendants of Chang and Eng Bunker yesterday arrived in the hometown of the famous Siamese conjoined twins to celebrate the anniversary of their birth today in Samut Songkhram province more than two centuries ago.

The first gathering of fourth and fifth generation descendants is being organised jointly with the Foreign Ministry as part of the 185th anniversary of Thai-US relations. 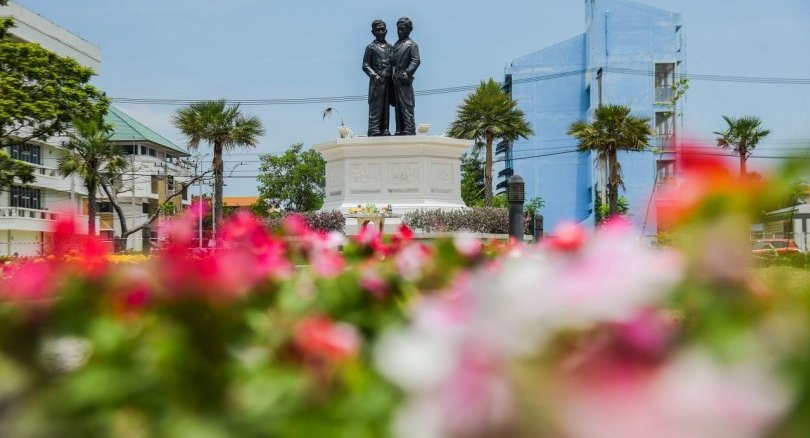 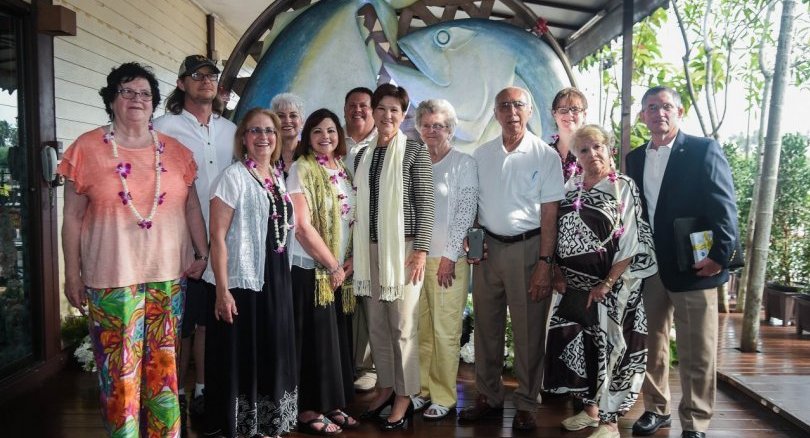 “I’m so excited to see the Siamese Twins’ statue. Our family would love to erect a similar bronze statue designed by an American sculptor in our city Mount Airy, North Carolina],” Alex Sink, great granddaughter of Chang, told The Nation.

“We are working on joining the two cities as ‘Sister Cities’ in order to boost exchange between two countries,” she added.

The replica statue is set to be unveiled in Mount Airy on May 28 when the city sees the 29th reunion of the Siamese twins’ descendants.

The Thai festival commemorating the 207th birth anniversary of the twins kicks off today in front of the twins’ statue in Muang’s Latyai sub-district and runs through Sunday.

Today their descendants hold Buddhist rites before unveiling a new street named “Chang and Eng” where the statue is located. 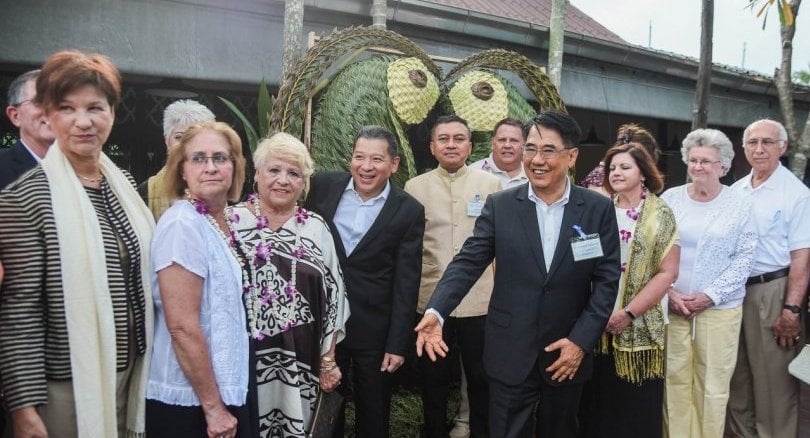 The festival is co-hosted by the province and the Tourism Authority of Thailand with the aim of promoting Samut Songkhram as an international tourist destination. The descendants also paid visits to the studio of renowned sculptor Sa-ngad Jaiprom, who created the statue, and to the Memorial Park of King Rama II, who commissioned the twins to join a diplomatic mission to Indochina in 1827.

The twins shot to international fame as part of a world tour in 1829, before settling in the US a decade later. Their descendants now number more than 1,500, many of whom continue to reside in the vicinity of Mount Airy, where the twins lived and worked for over 30 years before they died on January 17, 1874, at the age of 63.

Descendants of both brothers continue to hold joint reunions every last Saturday of May.