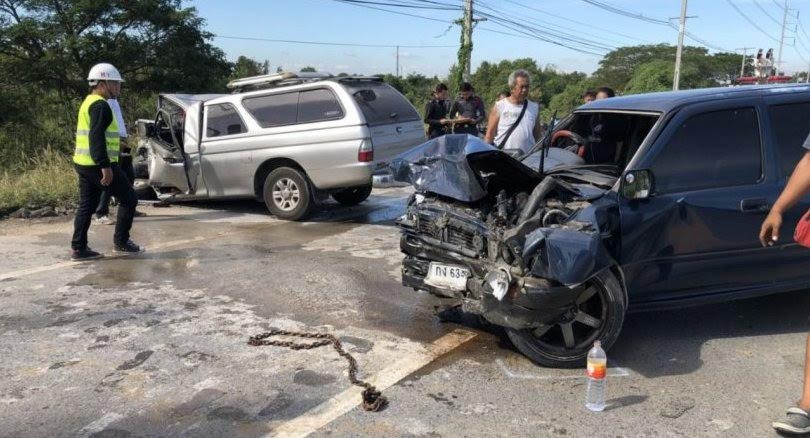 This morning (December 4), Phuket Governor chaired a meeting at Provincial hall to announce the official statistics for Phuket from the ‘Seven Days of Danger reporting period. There were 7 accidents on the 7th day, January 3, with 7 injuries. For the whole period of 7 days, there was a total of 46 accidents with 46 injuries and 2 casualties.

The result of the show that the main causes of accident are riding without helmet and drunk driving/riding. There were 3,088 cars checked at checkpoints around the island, with 30 people being prosecuted and 30 vehicles seized.

• 303 people were arrested for riding without helmet

• 232 people were arrested for driving/riding without a license

• 45 people were arrested for driving without seat belt

• 30 people were arrested for drunk driving

• 16 people were arrested for driving/riding against the traffic flow

• 15 people were arrested for overtaking at the risky spots

• 15 people were arrested for using mobile phone while driving.

No incidents were reported during the entire seven days. 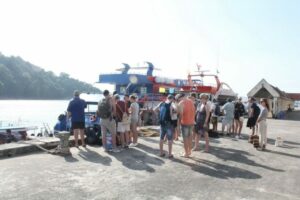 “95% of the accidents were from motorcycles and the main cause of injury was riding a motorcycle without helmet. Every sector has to help solve this problem together, especially educational institutes who must insist their students wear helmets to and from school,” said the Governor.

“There will be speed detectors installed around Phuket starting from route 402. The Land Transport Office will also apply for a budget for car black smoke detectors as well as brake and tyre check points to help control and reduce road accidents due to poor car maintenance,” he added.