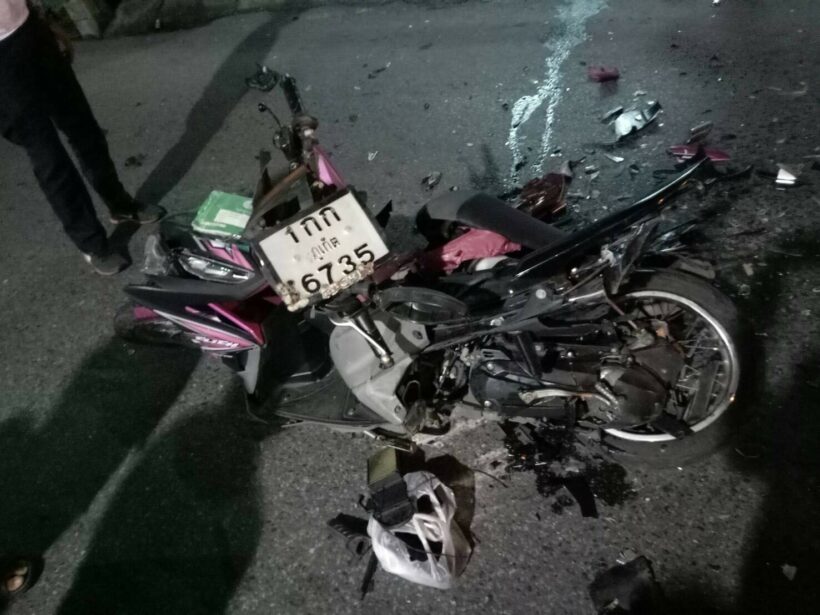 A woman is reported dead following an accident in Phuket Town this morning (June 26).

The Phuket City Police were notified of the incident at 5.30am at an intersection in front of Phuketthaihua Asean Wittaya School on Wichit Songkram Road in Phuket Town.

Police and rescue workers arrived at the scene to find a damaged motorbike, a car, a van and two pickup trucks.

The body of 38 year old Saypin Samaktalay from Phuket was found at the scene. Her body was taken to Vachira Phuket Hospital.

Police are continuing their investigation to find the cause of the woman’s death and to see if any charges can be pressed. 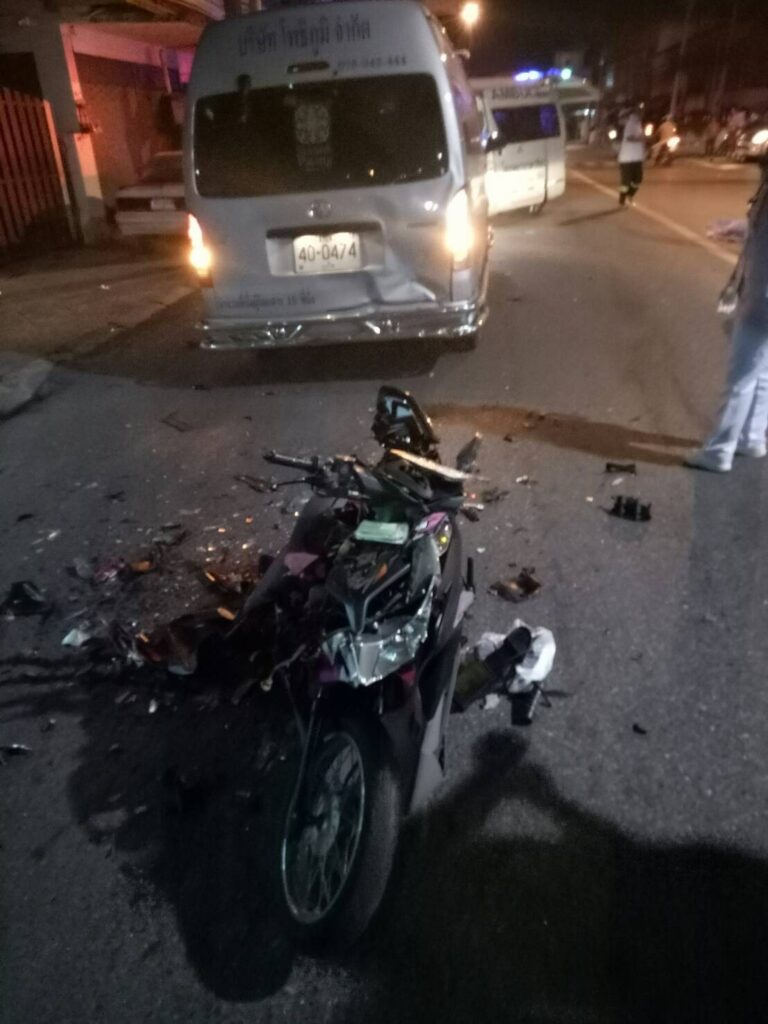