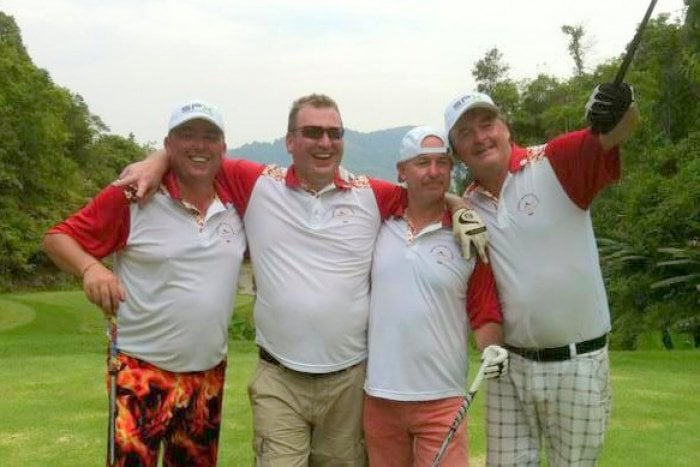 “The Phuket Oilfield Classic is now a firm fixture in the Phuket golf scene, bringing golfers together from all over the world to play some fantastic golf and enjoy the delights Phuket has to offer,” event organizer Mark Cameron told the Phuket Gazette.

This year’s event raised more than 2.2mn for the Phuket Has Been Good To Us Foundation by combining funds raised from the Classic with sponsorships gained in supporting The Longest Drive World Record set by Cameron and fellow Phuket golfer Graham Haslam, who drove a golf buggy some 1,339km from Pattaya to Phuket.

“The event was sponsored by regular high-profile names within the oil and gas industry and a big thank you goes out to SPX, Drilltech, Opus Offshore, Reliant and many more – and special thanks to Gaylin, who alone brought over 40 players and guests from Singapore,” said Cameron.

“Thank you also goes out to all those players who came from Europe, the UAE, the US, Vietnam and Singapore. For many Phuket Oilfield Classic players, this is one of their most looked-forward-to holidays and get-togethers with colleagues and friends who they see only at this event, every year.”

The Oilfield Golf Classics are proudly sponsored by the Phuket Gazette and the ‘Phuket Today’ show, the island’s only nationally broadcast television program (aired daily on True Visions and all other major Thai cable and satellite networks).