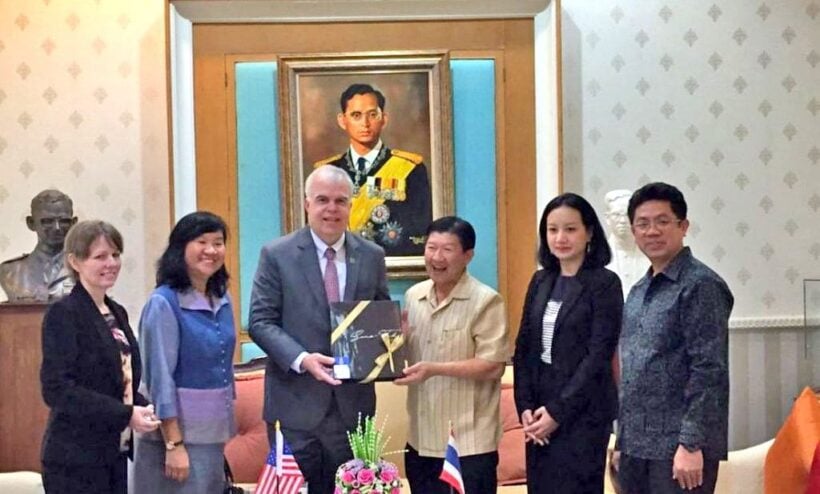 The acting US ambassador has met with Phuket’s Vice Governor to discuss long-term tourism and environment issues whilst visiting the island.

The Phuket PR Office reports that Vice Governor Prakob says, “The ambassador is interested in Phuket as it is an international tourist city where many Americans visit. More and more tourists are visiting Phuket every year. So how is Phuket being managed in relation to the environment and safety aspects.”

Chargé d’Affaires Haymond says, “We are thankful that Phuket has taken care of American tourist with good safety. More than one million American tourists are visiting Thailand every year at the moment and many come to Phuket.”

“The relationship between Thailand and America is now 200 years old. We have also cooperated with the Phuket Hotel Association in efforts to decrease the use of plastic on the island. Hotels in Phuket should use glass bottles instead of plastic bottles for long-term tourism and environment benefit.”