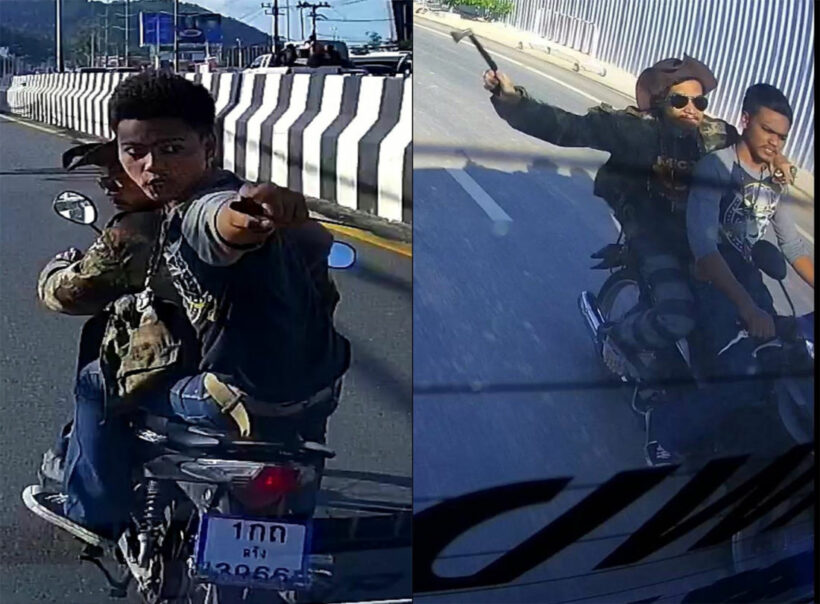 Phuket police today have arrested suspects who attacked and harassed an ambulance and the driver.

The suspects tried to stop the ambulance and were captured on video attacking the ambulance whilst chasing it along Phuket’s roads. Read more about the attackers HERE.

Police today have arrested two suspects following their attack on the ambulance and drivers this week after the issue was viral in social media today. The pair, and their motorcycle, were easy to identify.

Police are now questioning the two over the incident and will be pressing charges.

Local social media has been very vocal over the incident…

“A few nights in a cell… attacking emergency personnel is the lowest of the low.”

“Throw them in the prison for 10 years and let them grow up the hard way.”

“Punks, a lack of parental discipline, no respect. I personally think parents should be held responsible for their childrens’ actions.”

Phuket police hunting for suspects who attacked an ambulance – VIDEO