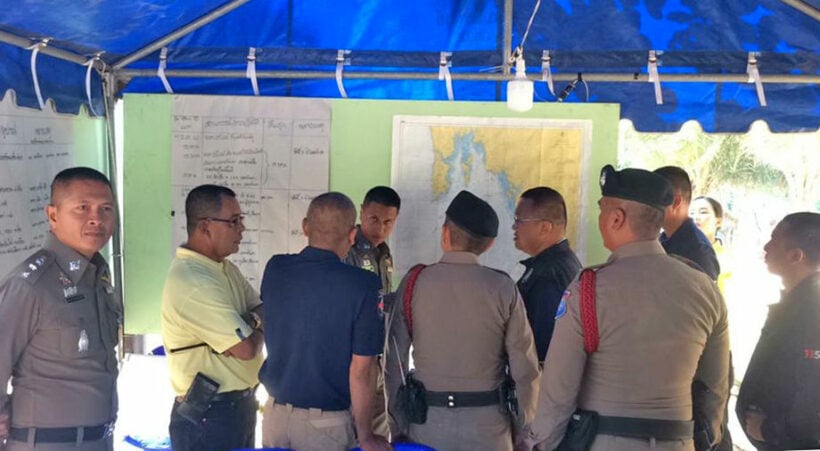 As of this morning around 10am, the 26 year old Mateusz Juszkiewicz from Poland and a female Thai friend, 23 year old Werakan Sirirakon from Nakon Sawan, were still missing off the coast of Phuket.

The pair headed to sea with other couples in rented kayaks from Ya Nui Beach, south of Phuket, to visit a nearby island, Koh Man. When the other couple returned around sunset on Saturday afternoon the other couple had gone missing. They had earlier phoned to tell their friends they were quite far away and “not able to return to the beach”, according to the police report.

There was no other contact with the pair since that phone call.

Police, the Navy and volunteer rescue services spent the daylight hours scouring possible locations. The Navy brought a helicopter into the search. Waves and wind patterns gave the impression to searchers that the couple could have been washed up as far north as the Similans. But a subsequent search around that area found large waves but no kayak or missing people.

The focus then moved to Koh Racha, south west of Phuket. No sign at that location either.

Rescuers have also been searching nearby beaches in case the couple returned to land and asking locals to be on the lookout for them.

The search has so far extended as far as 20 nautical miles off the coast of Phuket.

Rawai’s mayor Arun Solos told the media yesterday that the search would continue and is being co-ordinated by a core of experienced marine rescuers. Relatives are now in contact with the rescue team awaiting any news.

Meanwhile, the weather for today is fine with ENE winds up to 20 kilometres an hour.