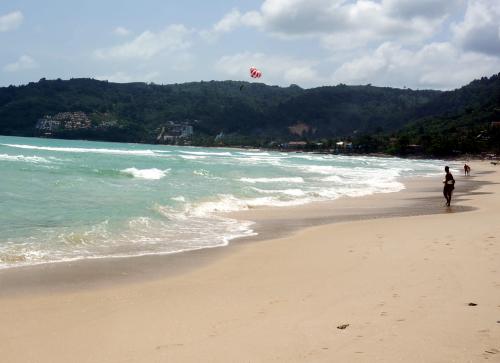 The body was found at about 6am across from Loma Park (map here), the site of multiple drownings last year, wearing only a red t-shirt.

“We are examining the body, but have found no form of identification and have yet to be able to identify him,” a Patong Hospital Emergency Room staffer told the Phuket Gazette.

The man has been described by police as a bearded Caucasian in his 30s.

“He was wearing a ring, which might help someone to identify him. At this point we don’t know if he was a tourist or an expat, but we have contacted hotels in Patong to check for missing guests,” said Patong Police Superintendent Chiraphat Pochanaphan.

Police currently believe the cause of death was drowning.