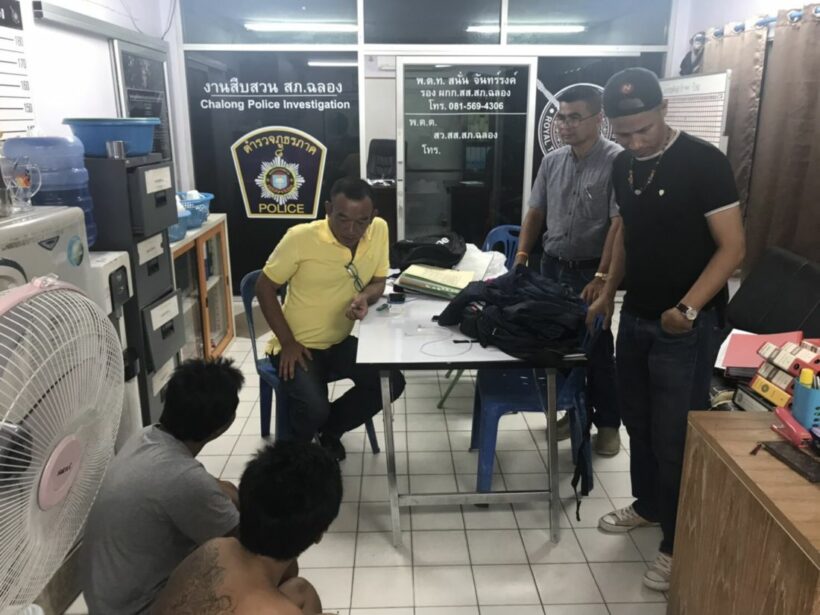 Two suspects who snatched a bag from a Chinese tourist in Rawai, pulling her to the ground. have been charged.

The female Chinese tourist was walking along the roadside in Rawai, in southern Phuket, last week. Two suspects on a motorbike snatched her bag as they drove past. The Chinese tourist was injured in the fracas being dragged to the ground as she was trying to hold onto her bag.

Read more about the attack and watch the video HERE.

They were taken to the Chalong Police Station where they were charged with snatching the bag, causing mental and bodily harm.

Suppalert, who was the motorbike passenger, told police that he was the one who snatched the bag from the tourist. He got 1,000 baht and Monton got 600 baht from the snatch-and-grab attack. 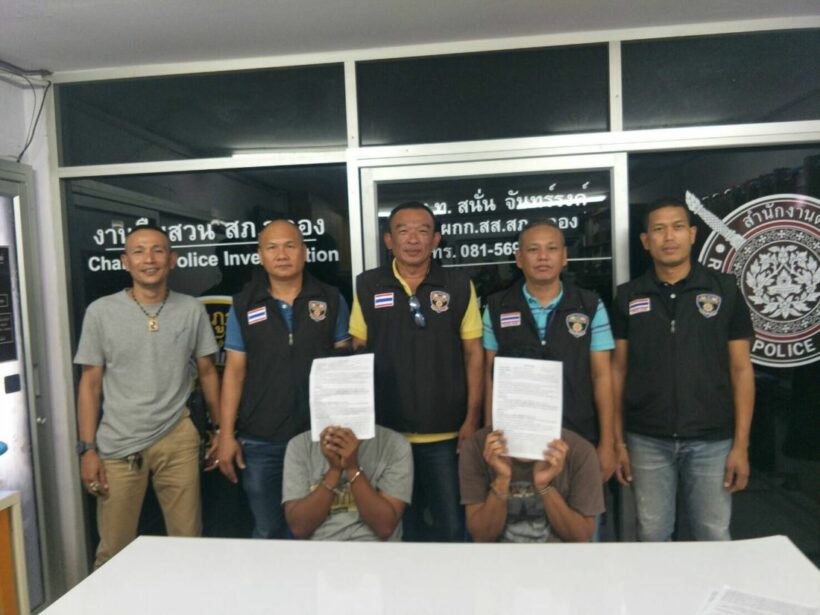