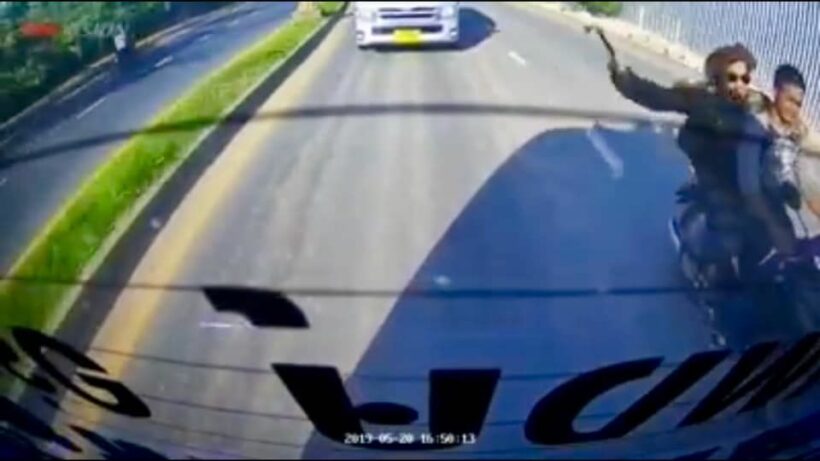 Two men were have been charged with attacking a moving ambulance and the volunteer ambulance driver along the ByPass Road in Phuket earlier this week.

The two assailants were easily identified as 22 year old Sagib Yomyai and 29 year old Sutthi Sripoon, both from Trang province, were arrested at a rented house in Tambon Wichit, Muang district, with an array of incriminating evidence that included a pistol, two bullets, a knife and an axe.

The pair were then taken for questioning in front of Phuket police chief Pol Maj General Wisan Panmanee.

The men were charged by police with damaging, or rendering useless, property belonged to another person, threatening another person and illegal possession of a gun.

The charges follow an attack on the ambulance with a knife and an axe as it was driving on Chalerm Phrakiat King Rama 9 road (ByPass Road) in Muang district on May 20.

The ambulance driver, 41 year old Detnarong Songsang, a lawyer by profession, told Wichit Police that the two men were on a Honda Wave motorcycle that chased after him after he beeped his horn at them for dangerously changing lanes near Siriroj Hospital at around 5pm on Monday. 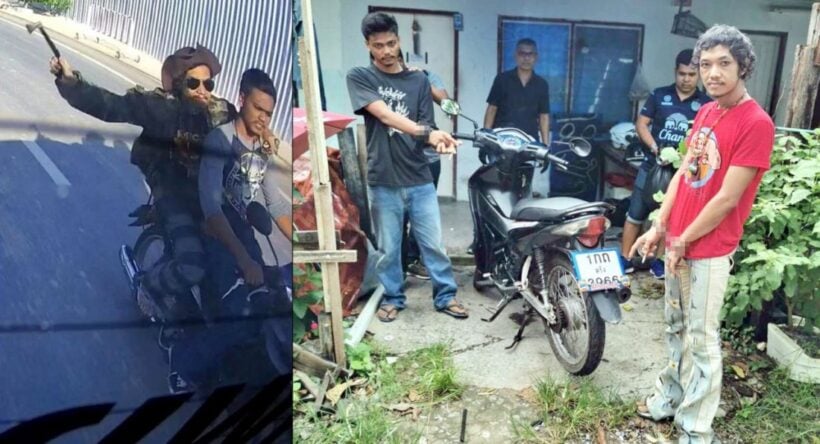 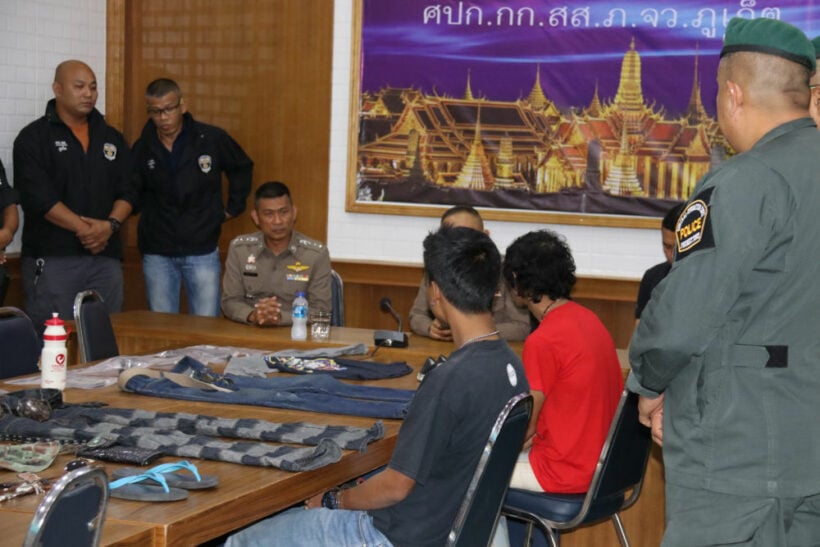 One of the men threw an object at the back of the ambulance and then tried several times to use a knife to pierce the ambulance’s hood cover. They kept up the chase and then attacked the rear again, this time with an axe.

Detnarong accelerated to escape and luckily for him, the men spotted police on the road ahead, so they gave up the pursuit. He went straight to the police station to report the incident.

Damage estimated at 50,000 baht was caused to the back windshield of the ambulance, its two side windows and the hood cover. As police were still hunting the suspects, Detnarong posted a four-minute video clip and photo on to his Facebook account to help spread the news.

One reporter asked the driver why he didn’t just drive them off the road, Detnarong said he was trained to save people and it was inappropriate to use an ambulance to cause harm. 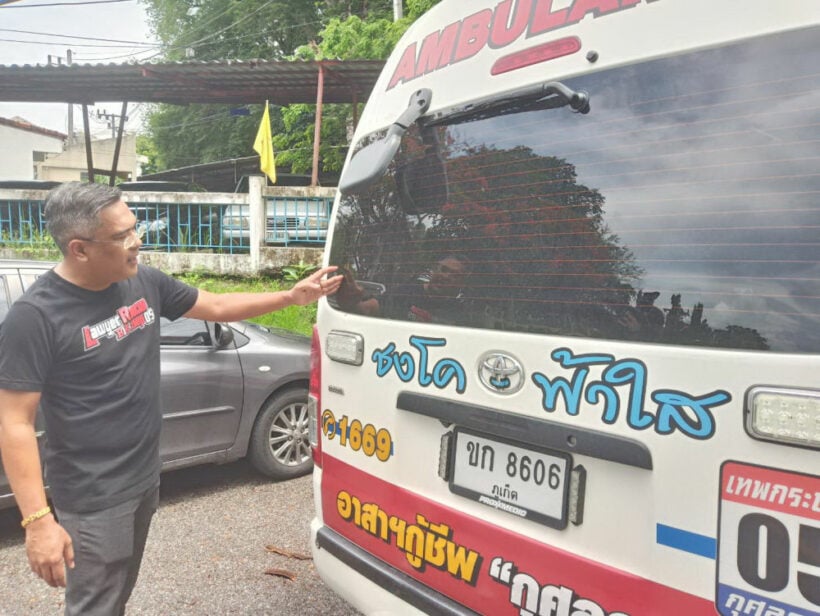 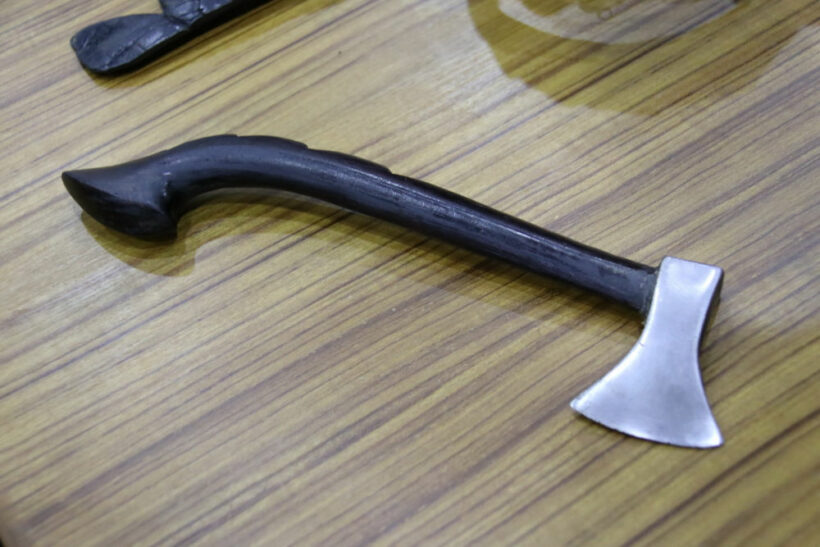