The driver of a truck, blaming failed brakes, has collided with another truck along with cars, pickups and motorbikes on Patong Hill late yesterday afternoon. The incident caused about three hours of traffic mayhem, particularly for traffic heading out of Patong. The delay also caused bank ups right through Kalim as Kamala traffic was trying to get through Patong.

Patong Police were notified of the accident near Suwankeereewong Temple (Wat Patong) on Phra Baramee Road, the bottom of Patong Hill, just after 5pm yesterday afternoon.

Police and Kusoldharm rescue workers arrived to find a truck that had collided with another truck and cars.

The driver of the primary truck was Boonlom Boonprom. He was stuck inside. Sutat Aompana, the driver of another truck, that was hit by the wayward truck descending after the final corner, was also stuck inside his truck cabin. Rescue workers used hydraulic cutters to free them before taking them to Patong Hospital as a precaution. Neither sustained serious injuries.

Around the scene there were damaged cars and motorbikes that were caught up in the sudden stop of traffic at the busy intersection. About seven vehicles were involved in the incident. Three other motorists sustained minor injuries but left the scene without going to hospital.

Police says the truck was heading from Kathu to Patong. When the truck arrived at the final hair-pin turn, coming down the hill, the driver claims his brakes failed and lost control. Police are continuing their investigation and examine CCTV footage and some of the dash cam videos, including this one…

PHUKETLast evening's incident just after 5pm on Patong Hill, where a truck crashed because, according to the driver, his brakes failed… from another angle. Scroll down for the original post.VIDEO: Nicky phukettour / Newshawk Phuket 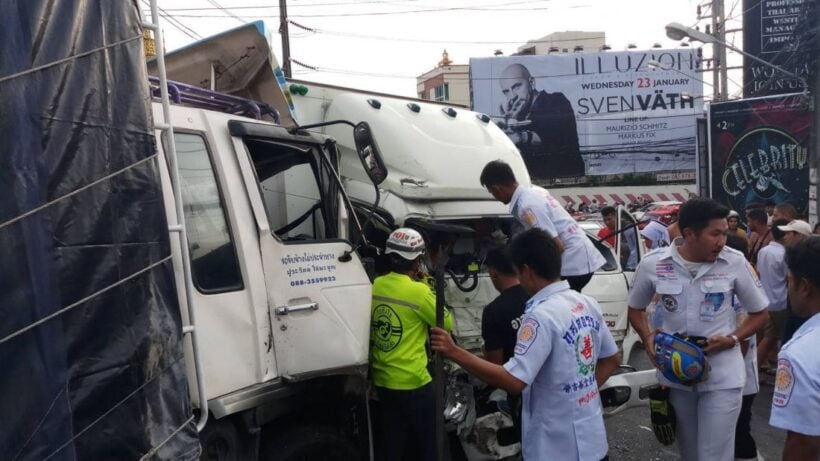 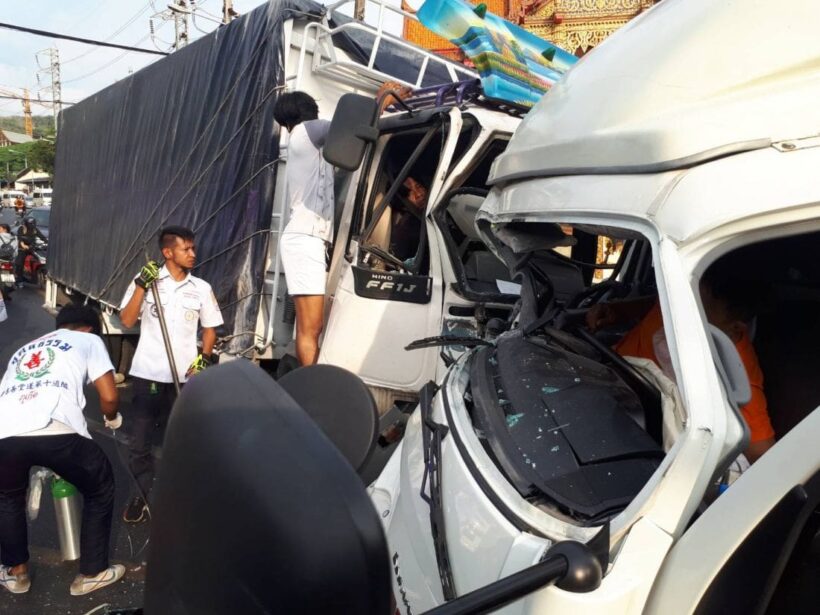 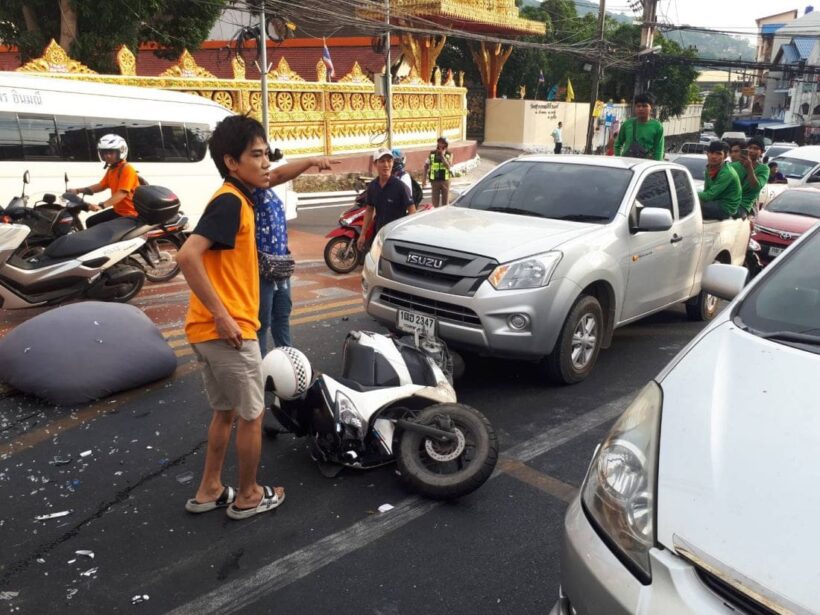 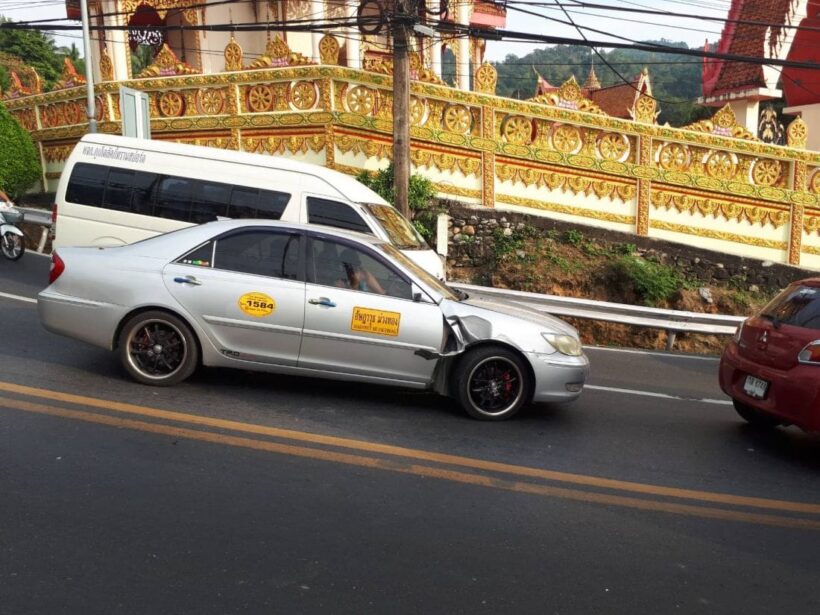 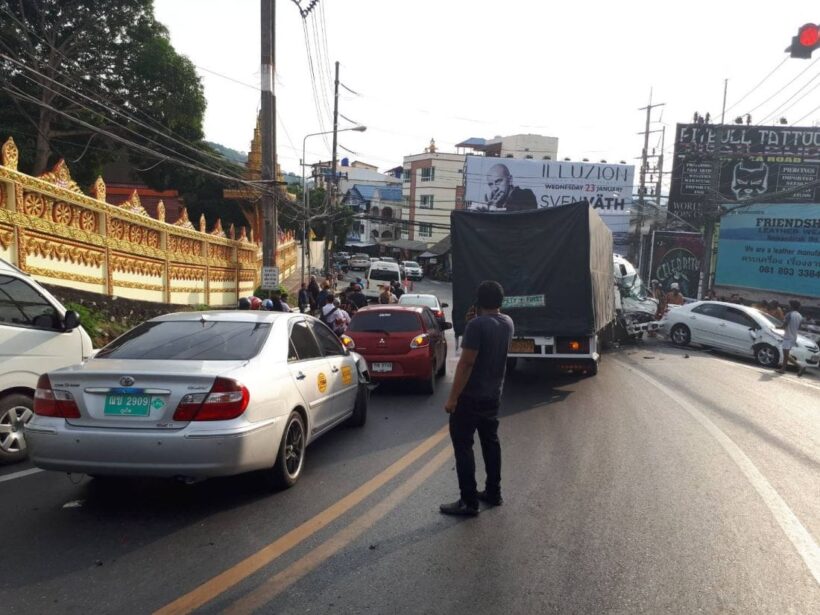