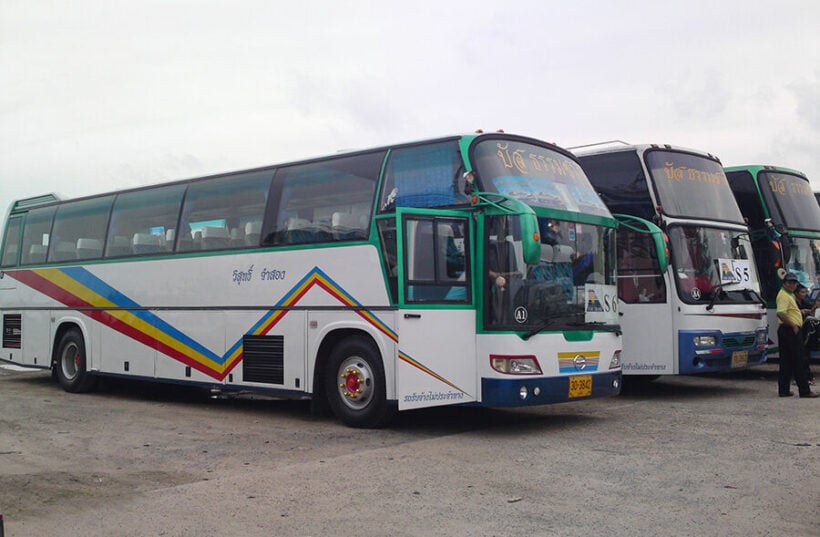 Tour bus operators on the southern island of Phuket are calling for government assistance as they face ongoing legal action over missed lease payments on their equipment. Some operators say the threat of bankruptcy looms over them after a year of unemployment. The Covid-19 pandemic has wreaked havoc with tourism on Phuket, but tour bus operators say they have never been consulted during talks between the government and those working in the sector.

According to a Thai PBS World report, the Phuket Bus Operators 30 Association, representatives of the Phuket Double Deck Tour Bus Operators Club, and others involved in tour bus operations, met with Raywat Aree-rob from the Phuket Provincial Administration Organisation to discuss how best to deal with the impact of Covid-19, in particular threats of legal action from non-bank credit agencies.

Tour bus operators are calling for help in negotiating with agencies over repayment instalments, so that they can avoid bankruptcy. They also want to be included in future tourism talks with the government, which they claim have only involved the hospitality sector, while excluding businesses such as tour bus and boat operators. They also say they haven’t been involved in any talks on the rollout of Covid-19 vaccines in the province.

Raywat has acknowledged their concerns and pledged to involve tour bus operators in all future meetings. The head of the PPAO says he has also written to the Ministry of Finance and the Bank of Thailand in relation to the operators’ financial issues. In relation to Covid-19 vaccines, he says there is no cause for concern as officials expect to have vaccinated more than 70% of the population in time for the island’s reopening.