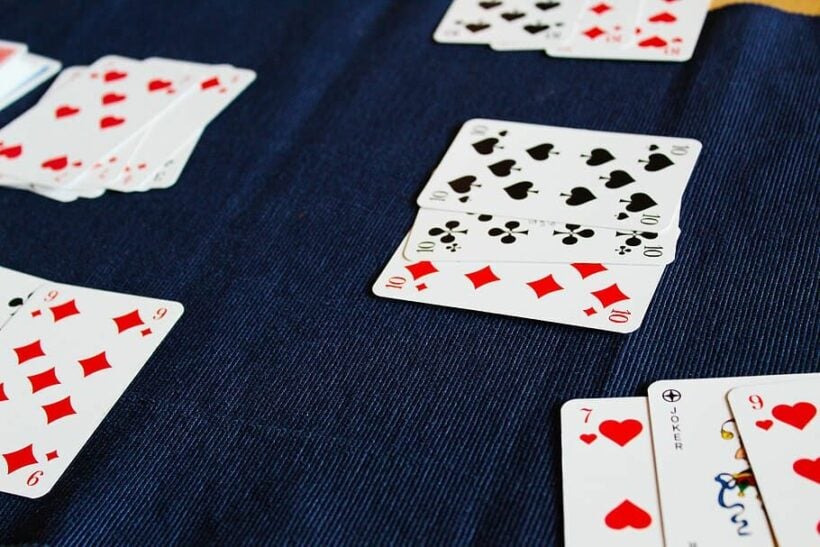 An illegal casino operator in Pattaya is under arrest again after police are accusing him of murdering the man who snitched on him back in February. 56 year old Somchai Jutikitdecha, or Longjoo Somchai, was detained at his residence on Rat Bamrung Road in Tambon Noen Phra of Pattaya’s Muang district early this morning and is being charged with ordering the murder of 47 year old Prathum Sa-adnak.

Prathum, a motorcycle taxi driver, had allegedly taken photos of the illegal gambling den, which was used to tip off police who raided the building. After finding out who snitched on him, Somchai ordered his gambling den supervisers to hire someone to kill Prathum. 39 year old Manas Imnam and 47 year old Niphon Panthong were allegedly hired to murder Prathum.

Prathum was shot dead behind Muang Pattaya 8 School in Pattaya on July 28, 2020. When police apprehended the suspects last December, they initially said they had a fight with Prathum, leading to his murder. But police then linked them to Somchai, who was arrested in February for allegedly running a gambling network in eastern Thailand which caused an outbreak of Covid-19 across multiple provinces. 118 gamblers were arrested on the day of the raid with police saying around 12 million baht circulated through the gambling den daily.

Following his claim that there was no illegal gambling den involved in a Covid-19 outbreak in the eastern province of Rayong, provincial police chief Papatdet Katephan was transferred. The order came from national police chief Suwat Chaengyodsuk as one of the patients has since died.

Deputy PM Prawit Wongsuwan also assured the public that there were no illegal gambling dens in Bangkok as worries mounted that such unlawful gatherings could potentially spread the virus. He also didn’t mention the transfer of a Bangkok police chief and 5 senior officers for alleged negligence of duty following a gambling den raid in Bangkok’s Laksi area.

Somchai was released on bail shortly after his arrest, but is not back in police custody. Police say they also arrested Somchai’s 26 year old son, Thana, as he stands accused of hosting gambling sessions along with money laundering.