Nineteen knots of wind in Ao Chalong greeted competitors as they sailed out to compete in day two of the Multihull Solutions Regatta. Armchair pundits were hedging their bets as to which boats would be damaged by heavy winds. Some thought the Corsair Pulses, who have been a touch fragile in heavy weather, might be in trouble, but the Pulses held strong.

The first casualty of the day occurred around midway through the first race when Jonathon Kingdon’s Firefly Moto Inzi nosedived and hung in the air until Captain Brent McInnis of the Phuket Cruising Yacht Club’s Rescue and Salvage Operation (otherwise known as the PCYCRSO) showed up to save the day, right the ship and tow it back to shore. As we went to print, Moto Inzi was in the CBS “Coconuts” Boatyard and we were waiting to see if she would be ready for next week’s Cape Panwa Hotel Phuket Raceweek.

A veteran observer described the Moto Inzi sequence thus, “Sailing downwind, with the spinnaker up Moto Inzi was hit by a large gust and the leeward bow dug in, so she started to nose dive so much so the rudders came out of the water and the boat was on the tipping point of capsizing completely. The crew hung there until the boat capsized and the mast was stuck in the mud with the crew left hanging.” Drama, indeed.

Mitch Olivieri jumped off Mamba to assist Moto Inzi as did Justin Wong and Brent Gribble from Twin Sharks as Brent’s wife Sariwan (Khun Sa) was one of the Moto Inzi crew still in the water with Louis Monge, Hans van der Velden and skipper Jonathan Kingdon. Crewmates Saithon “Oi” Termngam and Charanya Daengthongdee were pulled out of the water by the PCYC rescue boat.

The second casualty occurred about halfway through the second race when another Firefly, this time Hans Rahmann’s Voodoo, ripped the top of its mainsail and had to retire from racing for the day. Later in the day, the crew was seen trying to repair the damage, so they could race in the third and final day of the regatta tomorrow.

Principal Race Officer Simon James ran the same set of windward-leewards he had done the previous day giving all classes except Cruising Multis three races, while the cruisers had two. Simon wisely decided to keep the fleet within the Bay as the damage would have been undoubtedly much worse if they raced outside.

Dan Fidock’s trimaran Fugazi (formerly Three Itch) again took off like a bolt of lightning from the start line and again claimed line honours in all three races. But Bob Garner’s Blade Runner pulled two big upsets today winning races five and six on corrected time, when handicap was applied, which was even more dramatic as they survived a near nose dive on the last leg of the second race.

After two days of racing Fugazi, built and designed by Dan Moore in Bali and fitted out in Langkawi in 2012, sits atop the Racing Multihull division with six points while Blade Runner is second with eight points. Mick Tilden’s consistent performances have Pixalux is in third overall with 17 points, while Peter Wilcox’s Cosmo sits in fourth spot with 20 points. Andrew de Bruin’s Multihull Solutions H30 is close behind with 21 points while Glywn Rowlands’ Twister 2 brings up the rear with 24 points.

In the Firefly division, John Newnham’s Twin Sharks had a 1-RDG-I today to maintain its overall lead with six points (the RDG came as it went to assist Moto Inzi). George Eddings Blue Noze’s 3-1-3 placings on the day left the boat second overall for 14 points. Ray Waldon had a good day with its 4-2-2 placings leaving it in third overall with 21 points. Voodoo had a second place, a DNF and a DNS leaving it in fourth overall with 28 points. Mamba sits in fifth with 32 points as it had a fifth-place finish and two DNS’s today. Moto Inzi brings up the year with 36 points on its one DNF and two DNs’s.

Lead sponsor Andrew de Bruin and crewmate Zam Bevan with their Multihull Solutions H30 did manage to take the second race today from Mick Tilden and Derek Sheppard’s Pixalux in the two-boat Pulse 600 division. But after two days of racing Pixalux is ahead with five points compared to MS’s H30’s nine. Both crews have sailed this regatta before and have experience in these waters.

The Cruising Multihull three-boat class saw Rick Fielding’s Mojo and Anthony Passmore’s DaVinci swap places from yesterday with Mojo coming in first in both races and DaVinci finishing third in the first race and chalking up a DNF in the second race. Bill Kane’s The Sting kept up its string of second-place finishes and after two days of racing sits tied in top spot with Mojo and DaVinci trails the two with ten points.

DaVinci crewmates Paul Baker and Peter and Gary Slattery were mates back in the Kogarah Sailing Club forty years ago and haven’t seen each in almost three decades but they reconnected to sail as crew on PLANIT, a CADCAM cutting-edge solutions company who is chartering DaVinci, a boat that Baker manages. 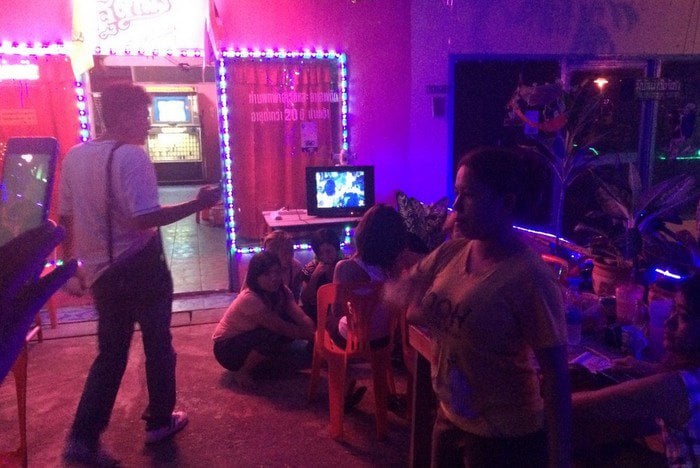 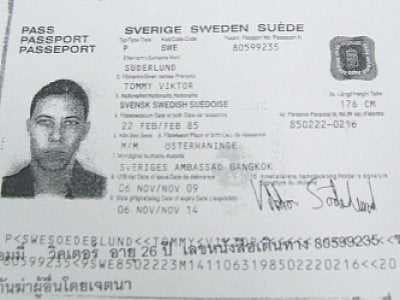